Although the 1959 Tri-ang Railways Standard Layout Folder was never produced, the layouts themselves were made available so that they could be purchased by retailers of Tri-ang Railways.
The company's sales representatives were expected to market these layouts to retailers, encouraging them to have a working exhibition layout on their premises for viewing (and operation?) by the general public.

These larger images have been included for those of you who might wish to recreate one of these previously unknown Display Layouts.
If you would like more information or copies of any of the photographs, please feel free to contact me via the 'CONTACT FORM'
on the HOME page of this website. 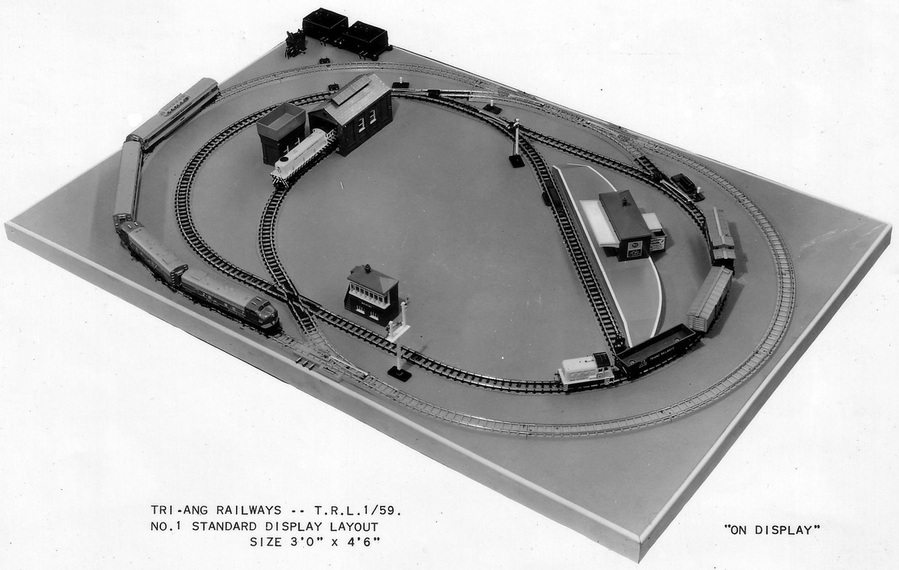 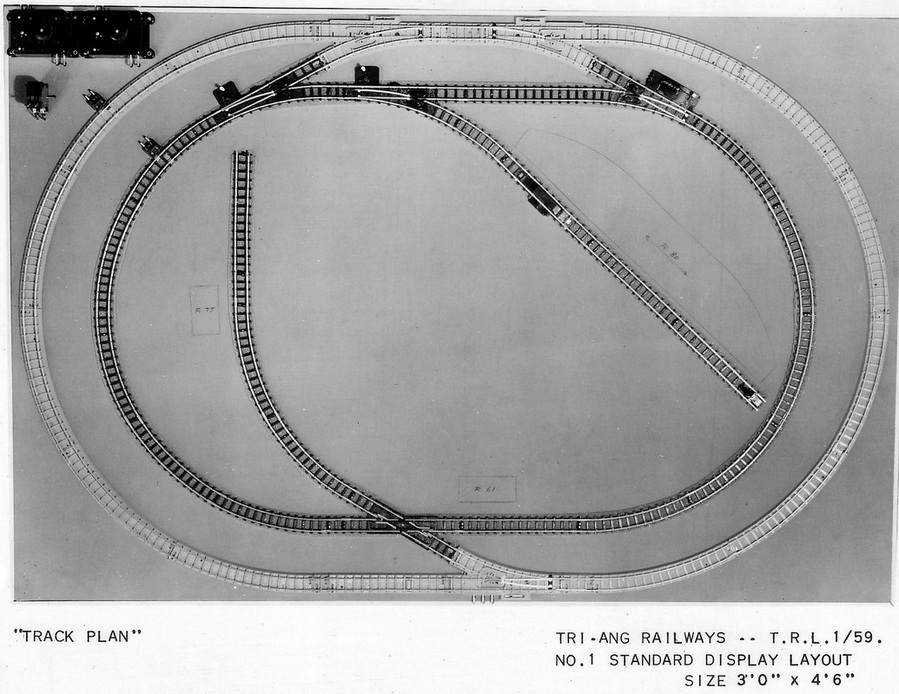 Layout T.R.L.2/59. "ON DISPLAY" - note the very rare ORANGE CATENARY MASTS on the layout.
Note, also, the lack of proper catenary at the far right side where some simple wire appears to have been strung between the catenary masts.  In fact, the middle mast is broken, with the top section missing and the wires do not actually exist!  The photographic negative has been 'repaired', with the top of the mast and the catenary wires having been etched onto the negative at a later date. 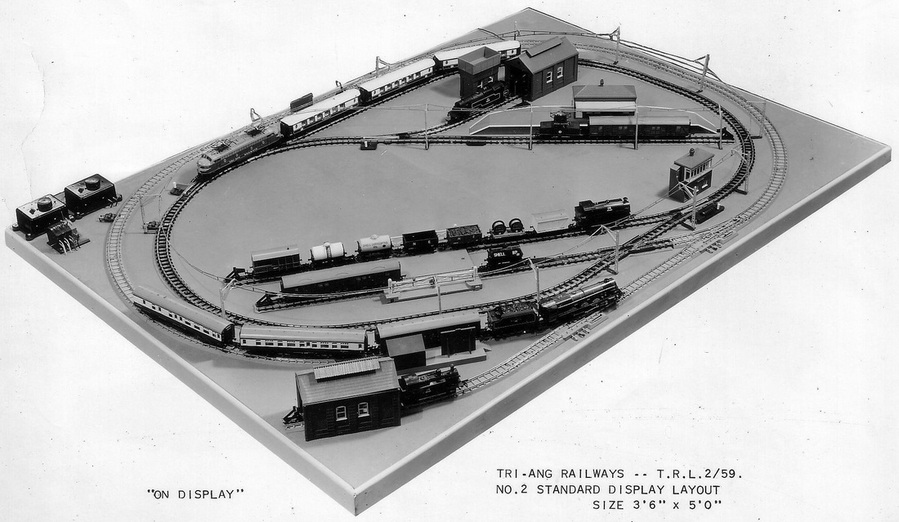 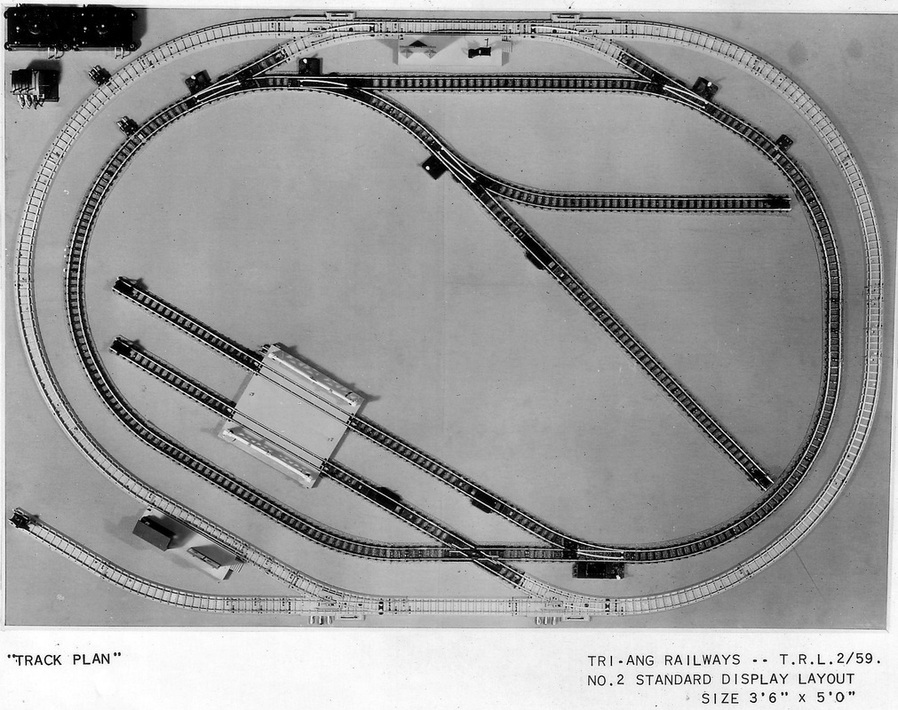 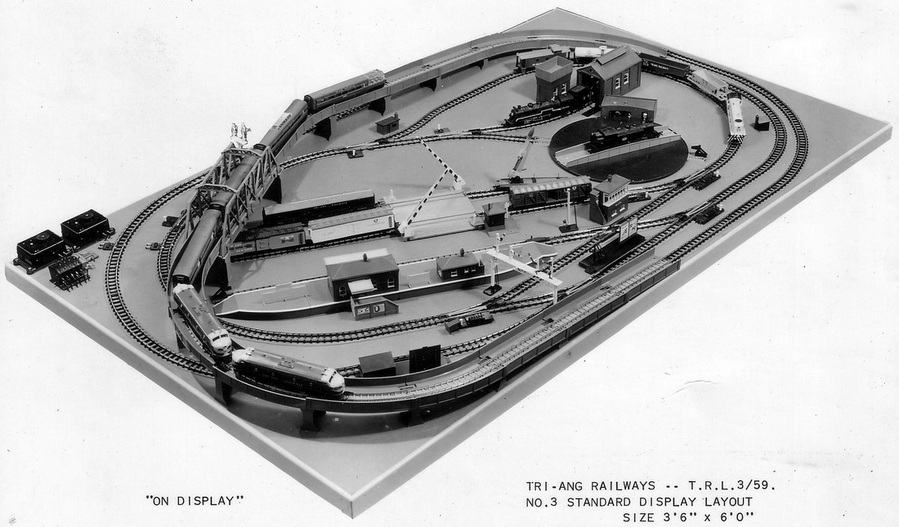 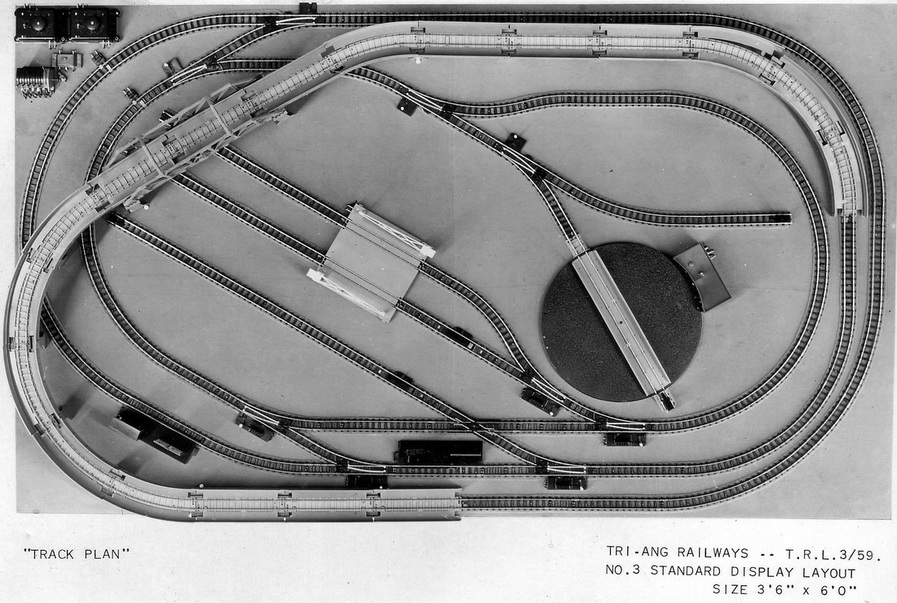 This photograph was featured on the back of the illustrated price list 'Suggested Retail Prices For Canada - August 1st, 1961' 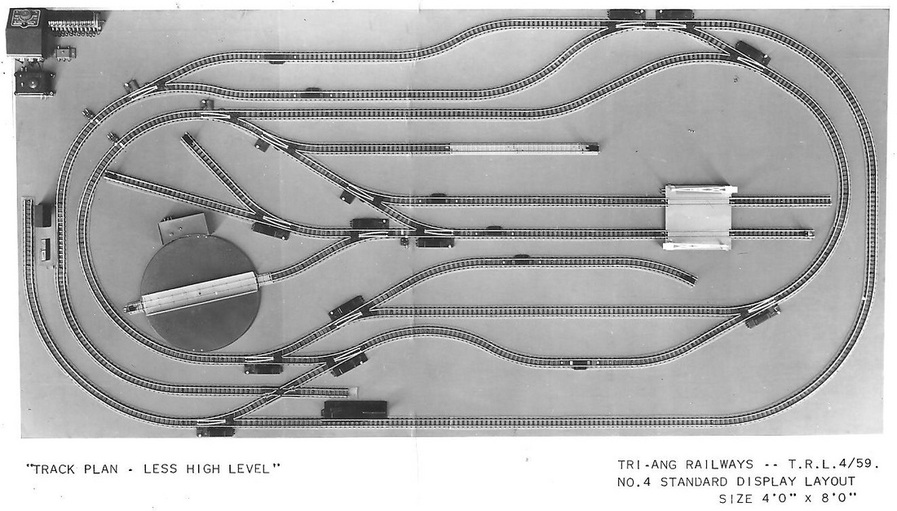 The lower section of the layout 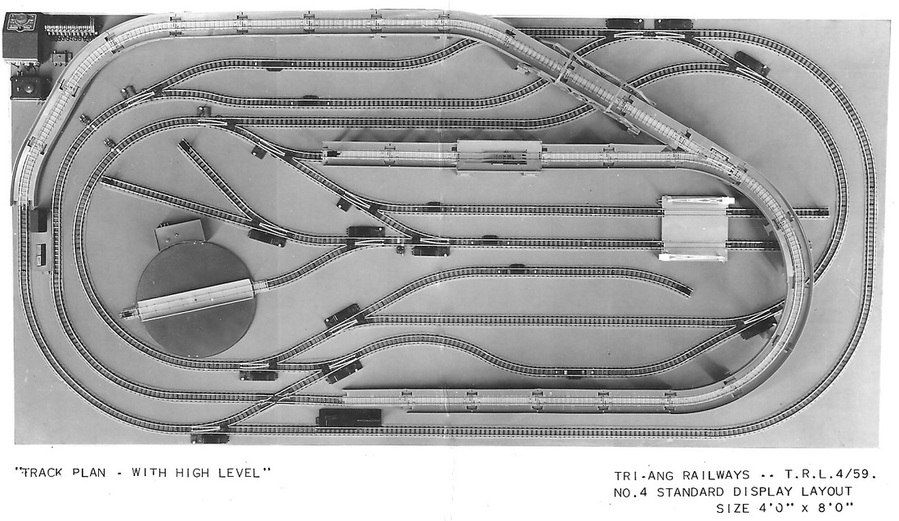 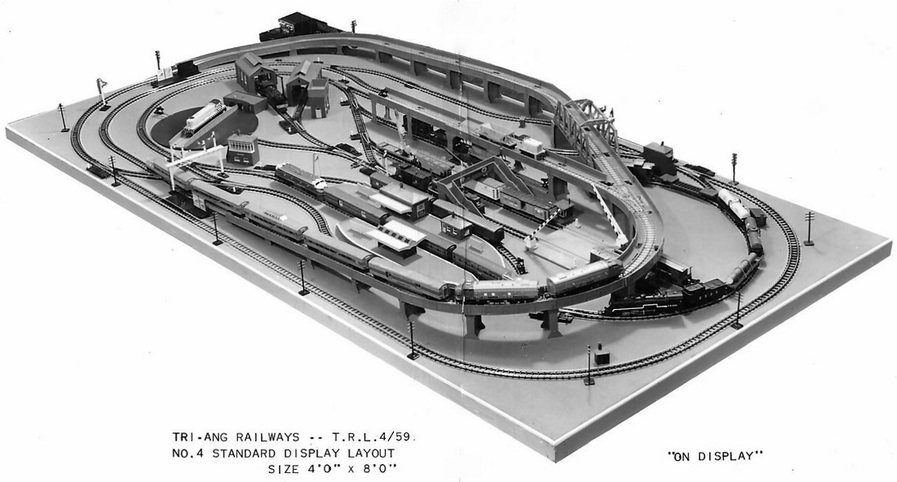 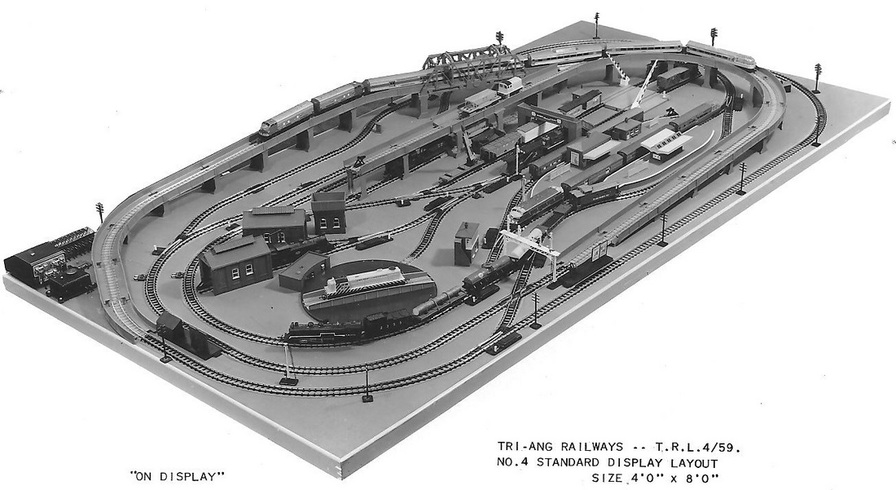 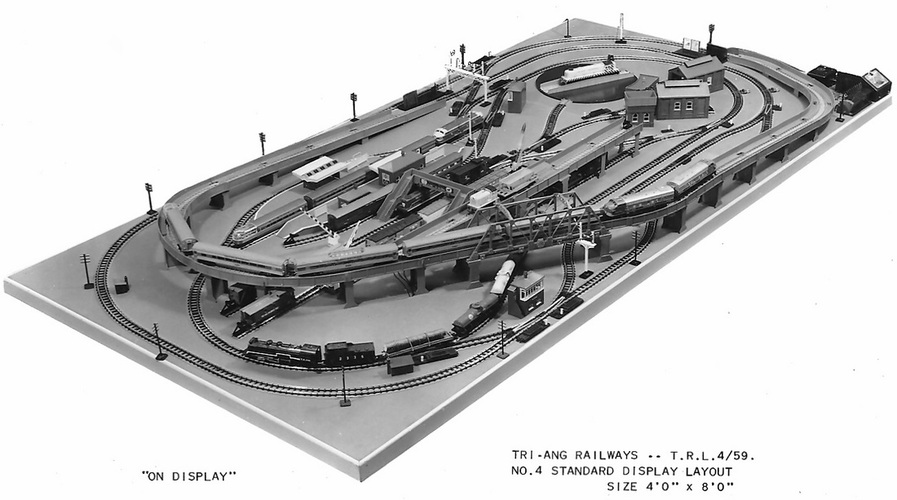 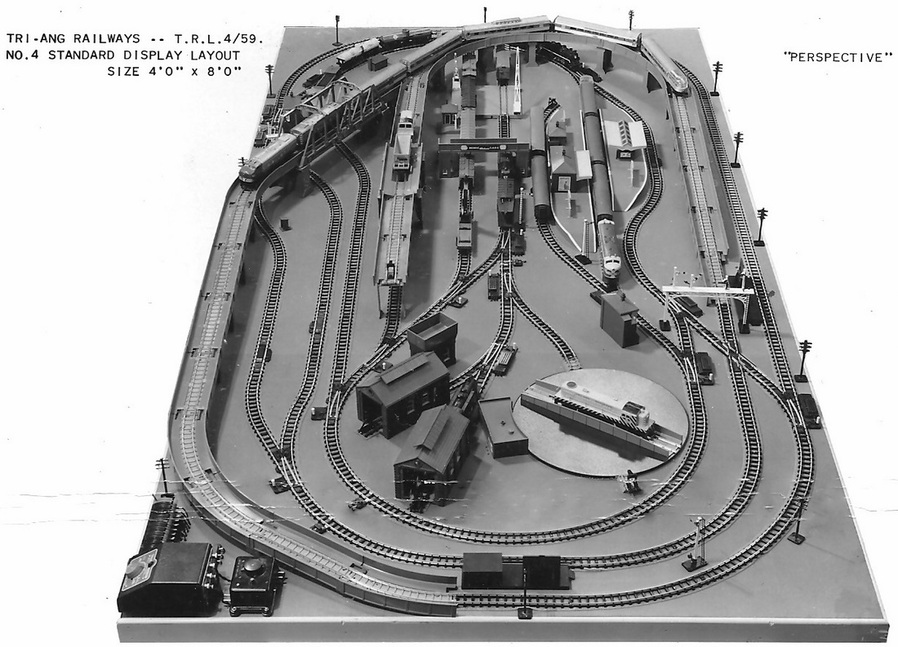 Back to Literature Index