The new series of three Presentation Sets replaced those previously offered. The set boxes described the contents as a Railway Gift Set rather than as a Presentation Set as stated in the catalogue. The price lists referred to them as Railway Gift Sets; such was the continued confusion and disparity of description of set names and types.

Packaging, again, was of a rather poor quality white surfaced corrugated cardboard. The various sized box trays appear to have been formed by folding the cardboard inwards to form the open tray base. Separate packing inserts were included. The trays and contents were shrink-wrapped but they were probably issued without box lids.

The printing was in black with the packing inserts carrying the ‘Tri-ang' logo followed by 'RAILWAY GIFT SET' and the individual set details both in English and an equivalent translation in French.

Examples of this set are known to exist. 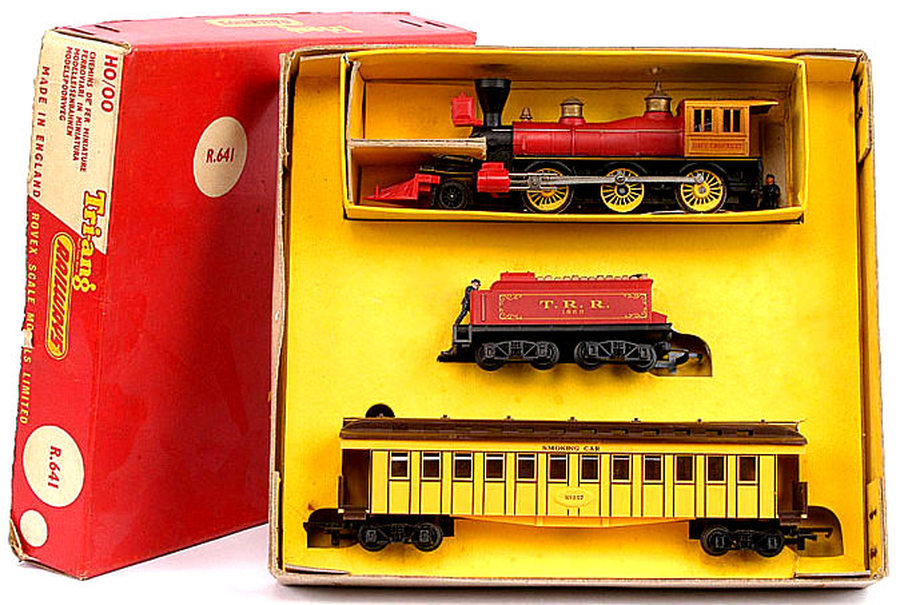