Tri-ang Railways Canada - 1965 and 1966 Clockwork Sets
UK made Export Sets available in, but not exclusive to, Canada

Clockwork Sets listed in the 1965 Suggested Retail Price List - 'N.I.' means 'Not Illustrated' in the 1965 / 1966 Canadian Catalogue
Note:  the 'E' suffix in set reference numbers refers to versions of a set being 'for Export' rather than for the UK based market. In some cases the export set boxes and contents are identical to the UK sets. 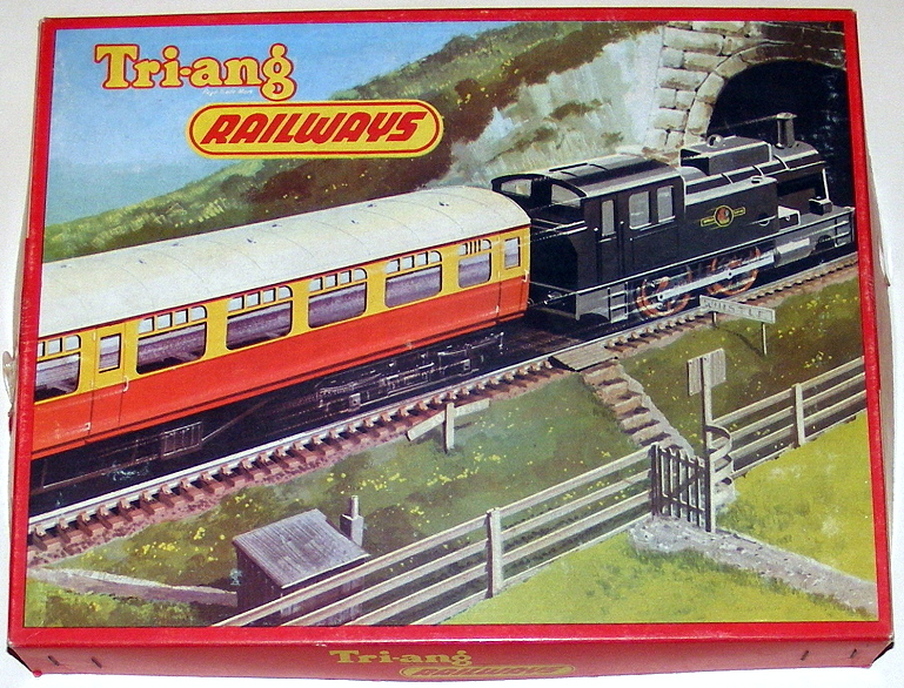 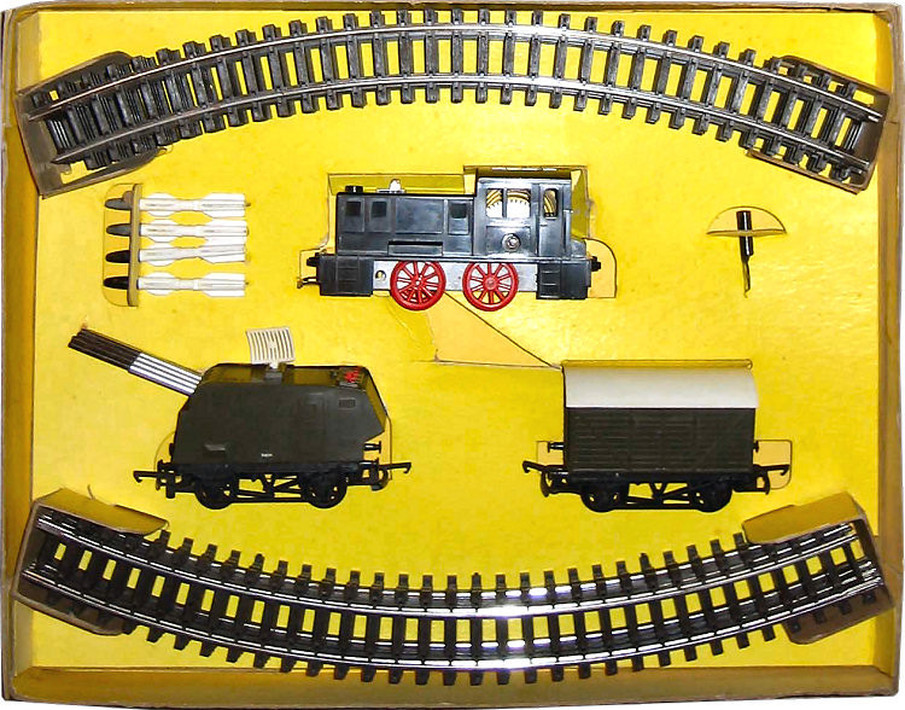 RS.74 Rocket Set - contents
Both the Four-rocket Launching Wagon and the Goods Van are in Battle Space khaki coloured plastic and are unique to this set.

According to factory records, just over 2,500 examples of the set were made in 1965; all were sent for export. 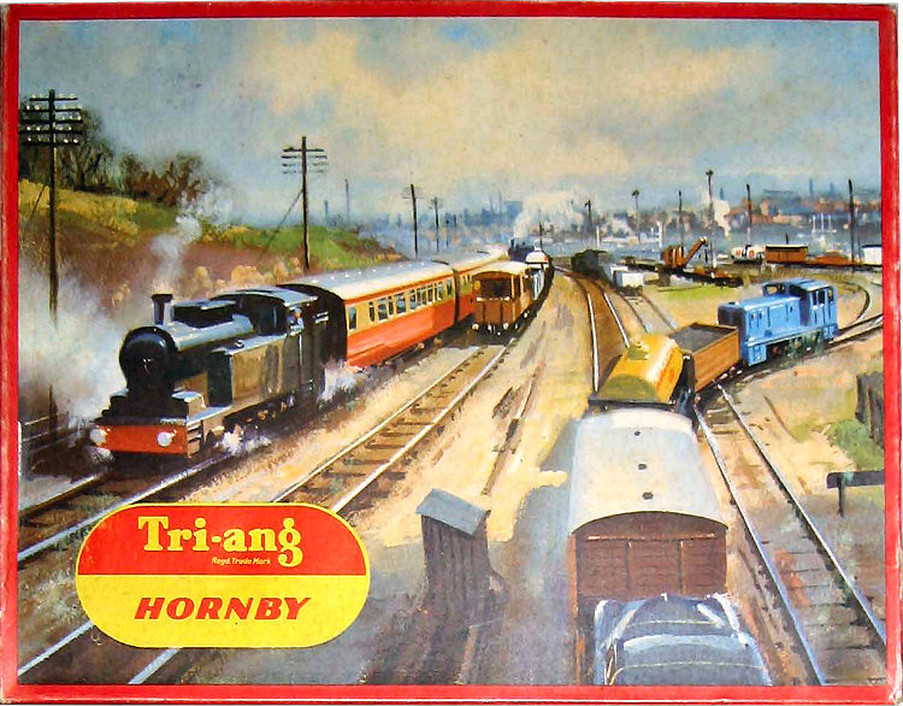 According to factory records, over 2,800 examples of the set were made in 1965; all but 300 examples were sent for export.

Again, according to factory records the set contained a Clockwork 0-4-0 Special Tank Locomotive (although it may have been the Clockwork 0-4-0 Diesel Shunter), three freight wagons and a circle of Super 4 Track. 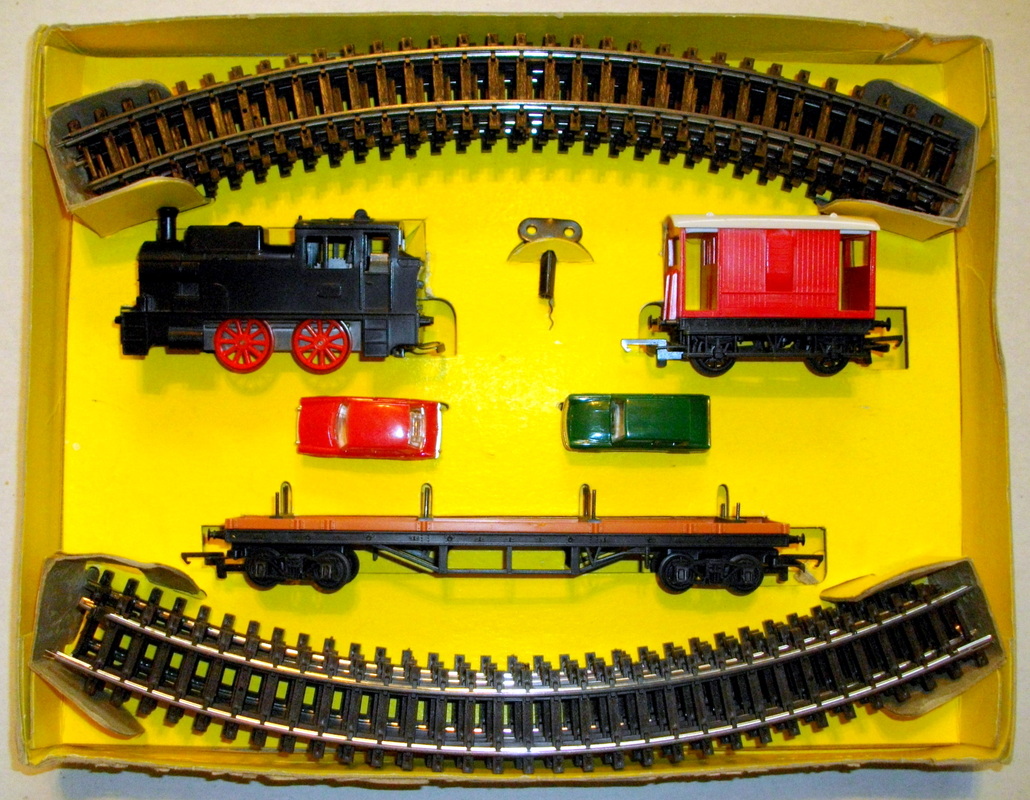 Note that there are two Minix Cars correctly included; and not the three cars as incorrectly illustrated in the 1966 Canadian Catalogue Insert.

According to factory records, only 2,400 examples of the set were made in 1965; half of them were sent for export. 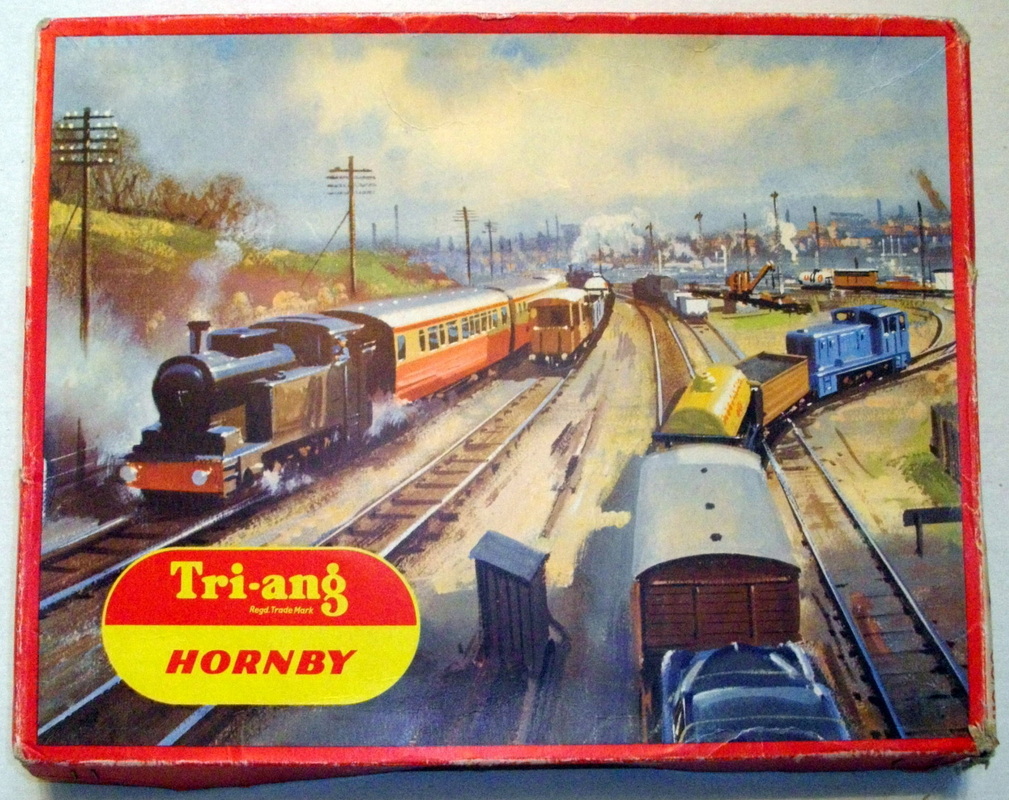 The only Clockwork Set listed in the 1966 Feb. 18 Price List

Illustration from the 1966 Canadian Catalogue Insert

Illustration from the 1966 Canadian Catalogue Insert