Curiously, sets carrying 4-digit number references began to appear in 1970.
So far, sets numbered 9081, 9232 and 9261 have been recorded: they are all un-catalogued 1970 sets and appear to have been Special Train Sets made for some of the large retail stores or mail order / home shopping companies.

It would have been logical to insert a number for this set into the sequence 920-925 which had been intended to be used for the 1970 Special Sets sold mostly to the large department store chains and mail order / home shopping companies.
However, this was not the case and, therefore, it may have been that these numbers had already been provisionally allocated to planned Special Sets for 1970 by the time that this Special Set No. 9081 was ordered by Simpsons and Simpsons-Sears.

The use of the set number 9081 (being 'shorthand' for 908-1) indicates that this is a variation / updated version of Special Set No. 908, issued in 1969, which had also been produced for Simpsons and Simpsons-Sears and sold through their retail outlets.
The use of the suffix '1' now appears to be the code number allocated to Simpsons-Sears Special Sets for 1970.

(Note: the use of the suffix '2' is now known to be the code number allocated to Eaton's Special Sets for 1970.)
Click on any picture on this page to view a larger image 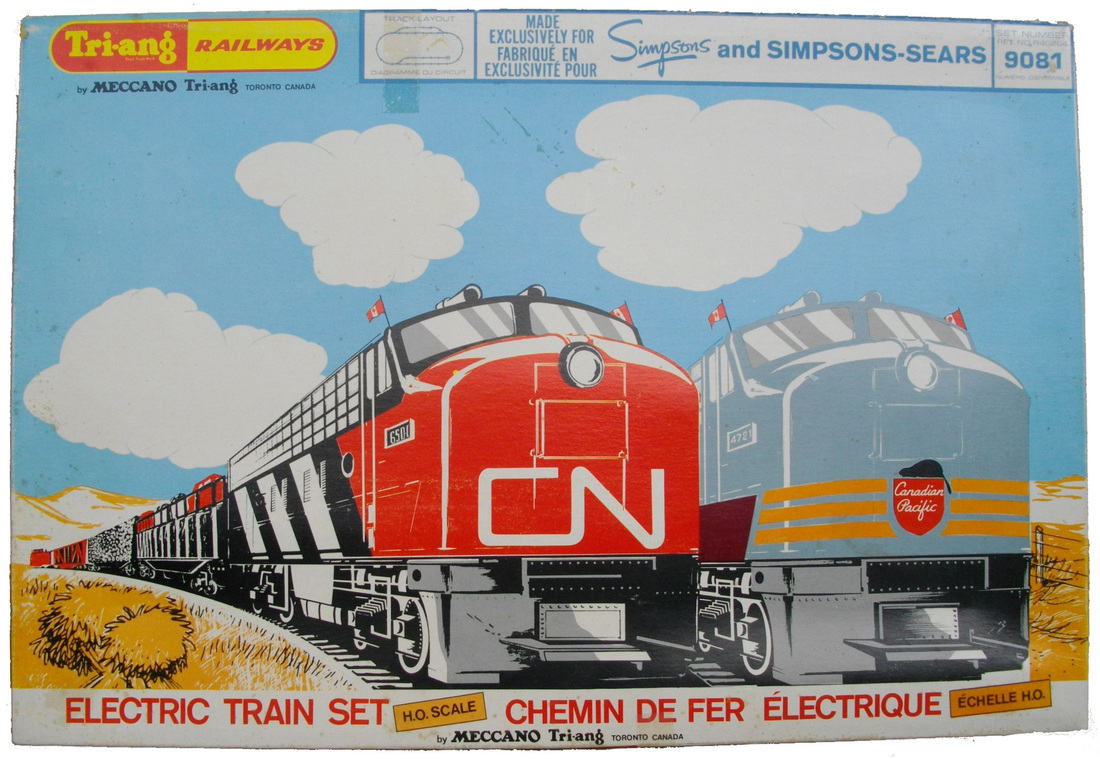 This has been a difficult set to date with absolute certainty but it now appears that this Special Set No. 9081 was produced and issued in 1970.

The box packaging is unusual.  The all-white card box base suggests a date of 1969 but the greenish-blue plastic tray insert indicates that the set should date from 1970 onwards.

The owner of the first set (illustrated below) states that it was purchased for him as a Christmas present in 1970 from the Simpsons-Sears retail department store in Vancouver.  According to Lines Bros. company records, the first manufacture dates of the green CP Rail Paper Car and the CP Rail Car Transporter are both May 1970 which would confirm the date of issue as 1970.

The Simpsons and Simpsons-Sears reference - 'RET. NO.' followed by a number - printed on the box lid indicates that this Set No. 9081 would have been intended for sale through their retail outlets; as opposed to being marketed through their home shopping / mail order catalogue(s). 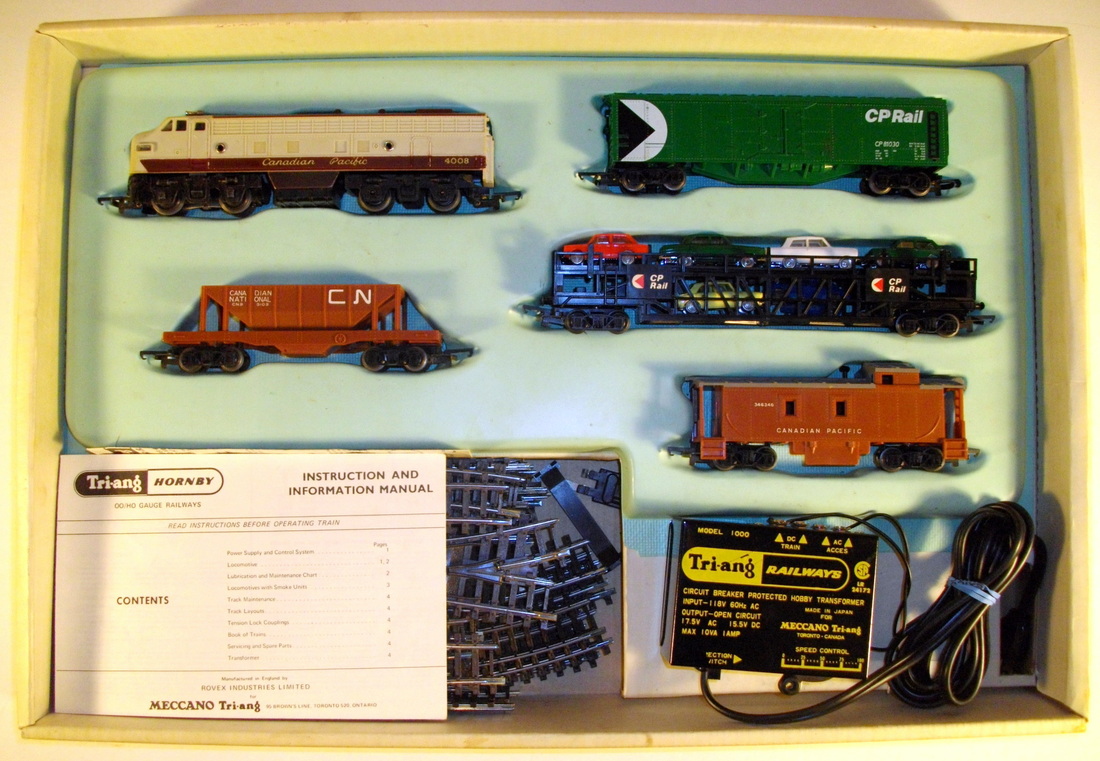