Please click on any picture to view a larger image

Featured here is a selection of photographs from my display layout.  It is based on a scarce Hornby Railways 3-part Pre-formed Layout and features models exclusively from the 1950s and the 1960s. 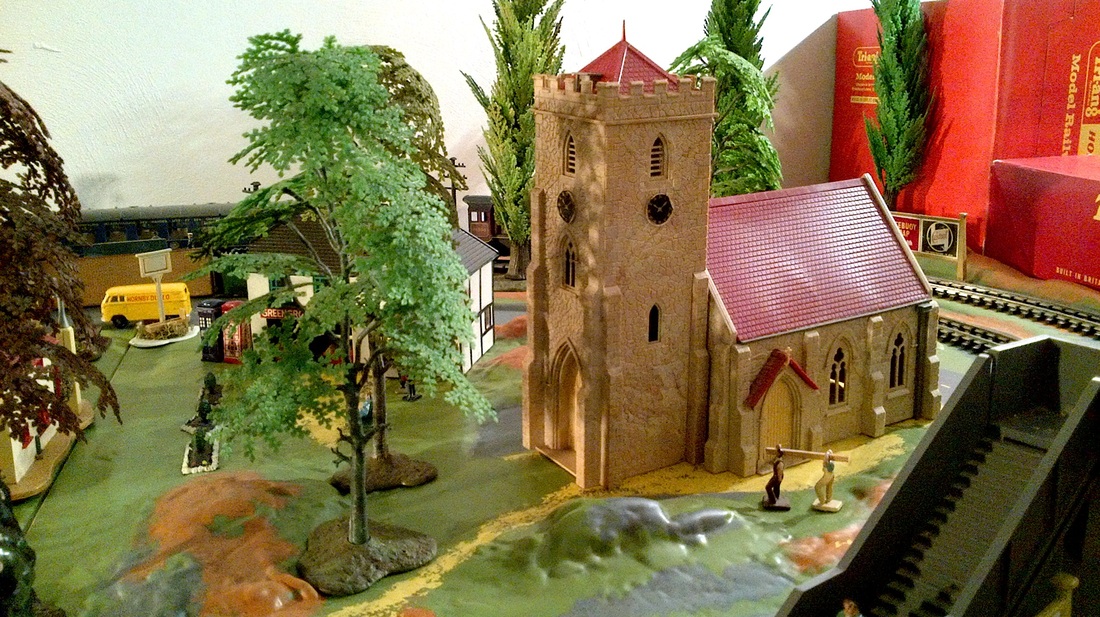 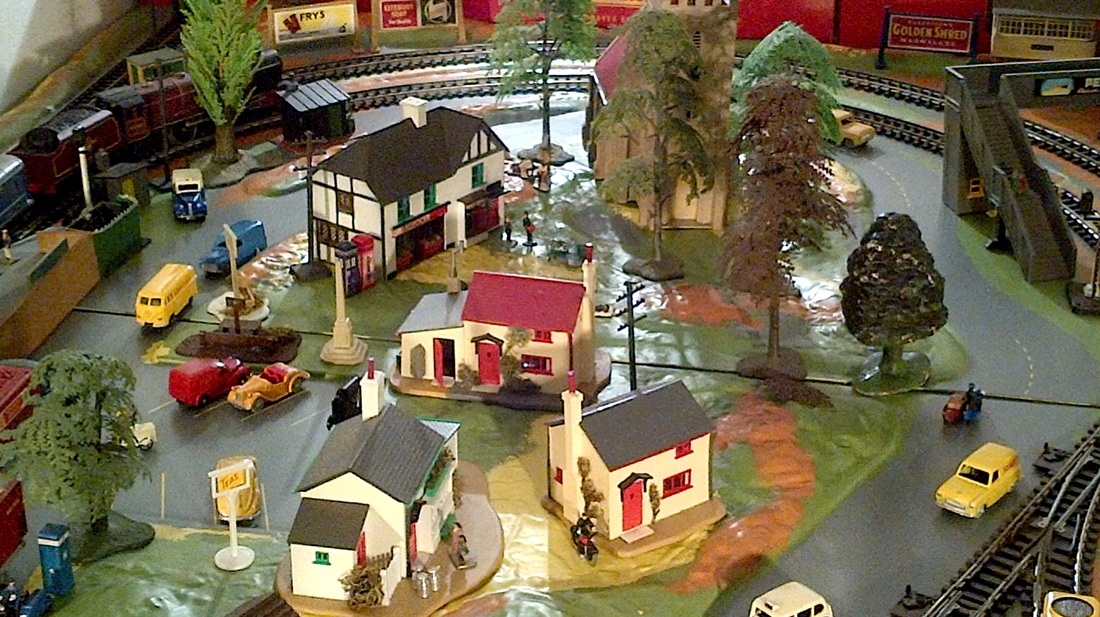 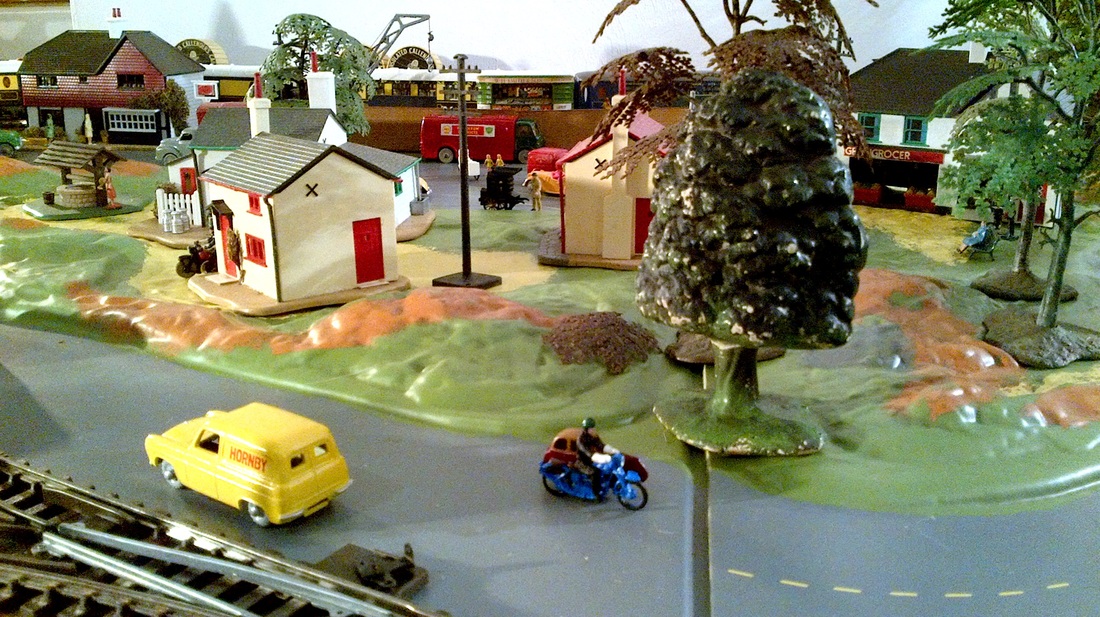 In the foreground, one of the rubber Tri-ang Railways Countryside Series Small Conker Trees is trying to hide one of the locating pins where two sections of the Pre-formed Layout join together 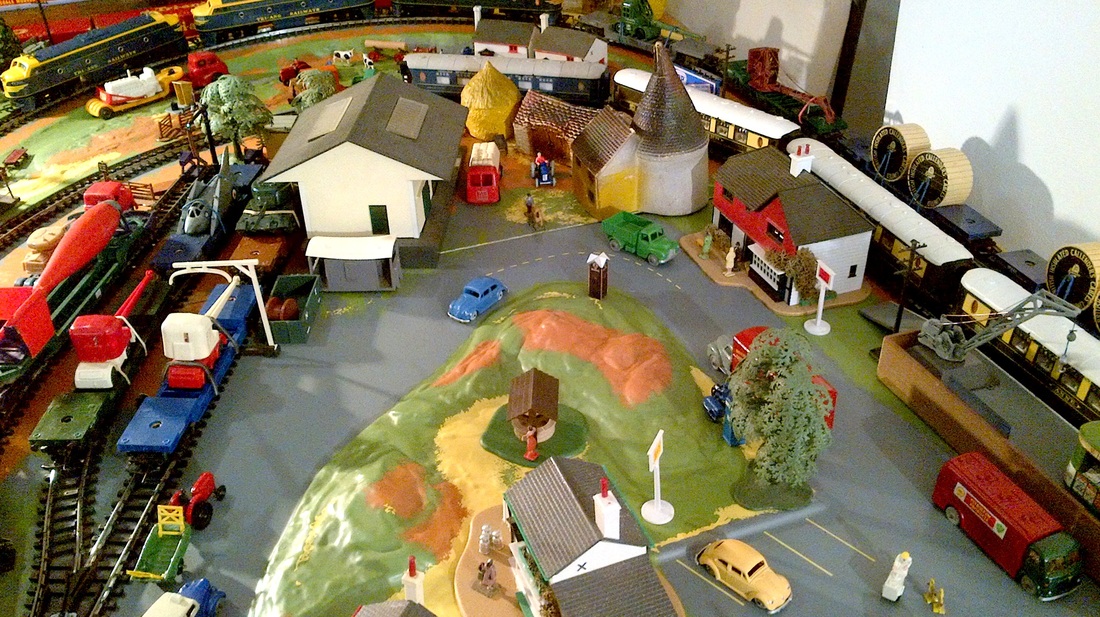 The far side of the village: with goods yard and depot, farm buildings, and Village Inn next to the small station halt 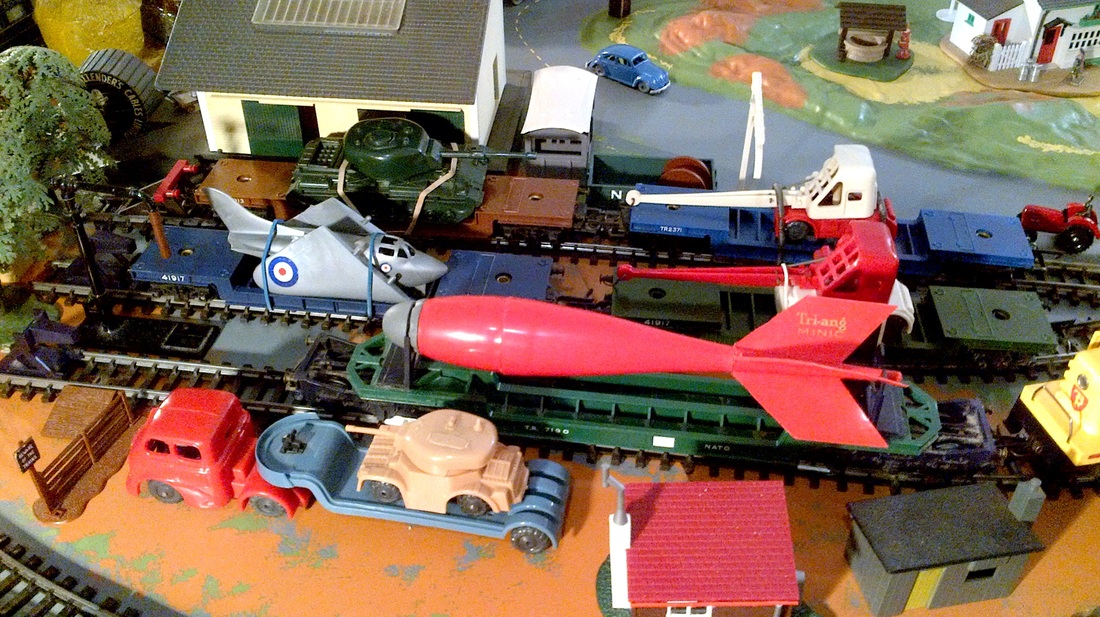 A closer view of the goods yard featuring a variety of Tri-ang Minic 'Push and Go' Models with a military theme
To add more interest, a small extension has been added to the left-hand side of the layout to include a modern rural Model-Land village green and four longer sidings for freight cars.  Also, a few diecast vehicles, in keeping with the period, have crept in by some modern manufacturers such as Oxford Diecast, Classix and Base Toys. 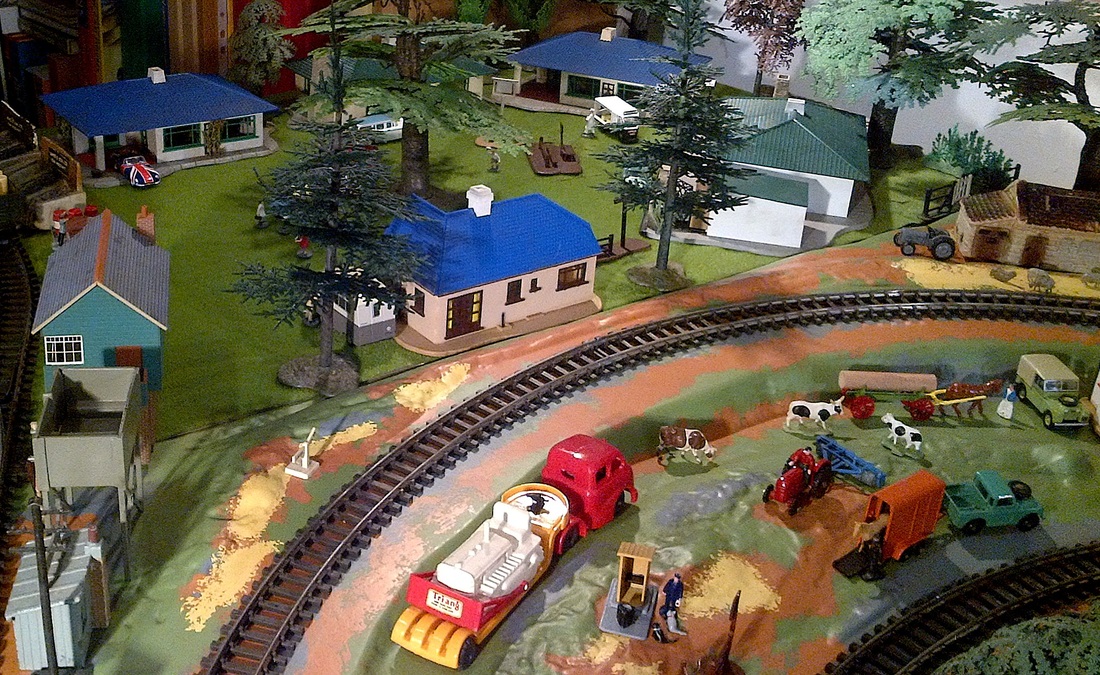 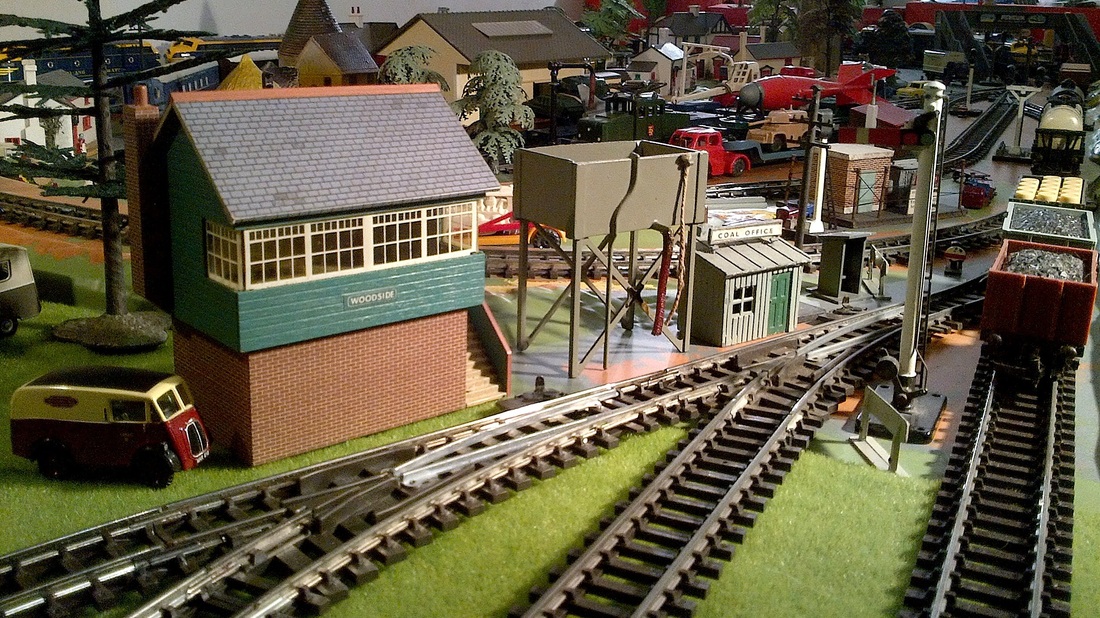 The approach to the new longer sidings 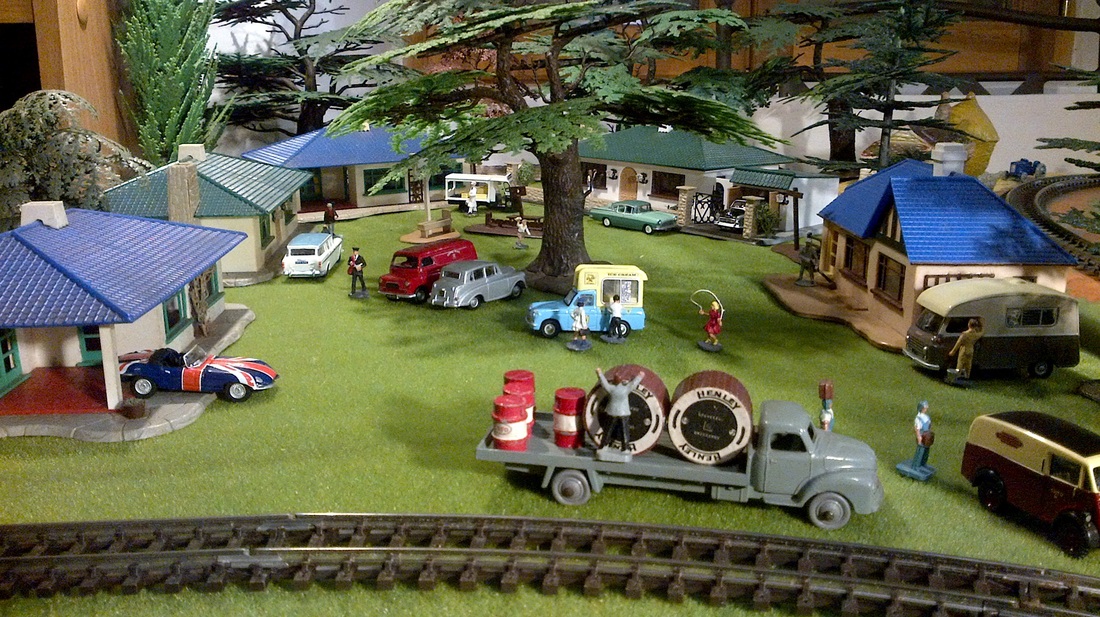 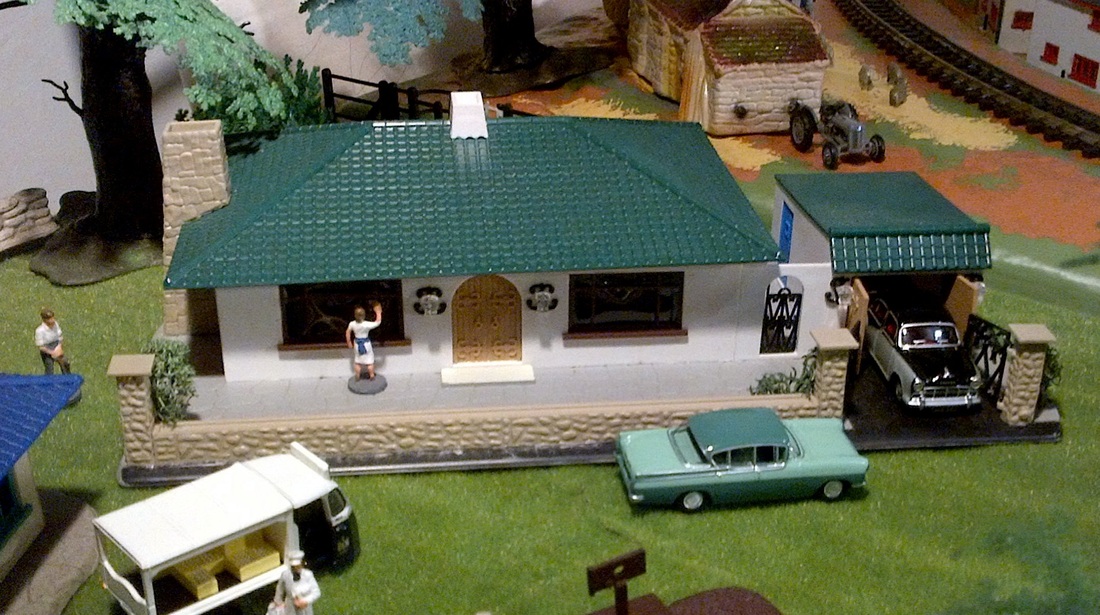 One of my favorite Tri-ang Railways models; Davy Crockett with an Old Time Coach.  Yes, it is hardly a scale model of a real-life prototype but this picture really captures the essence of the period.  As a good friend of mine would have said 'very evocative'. 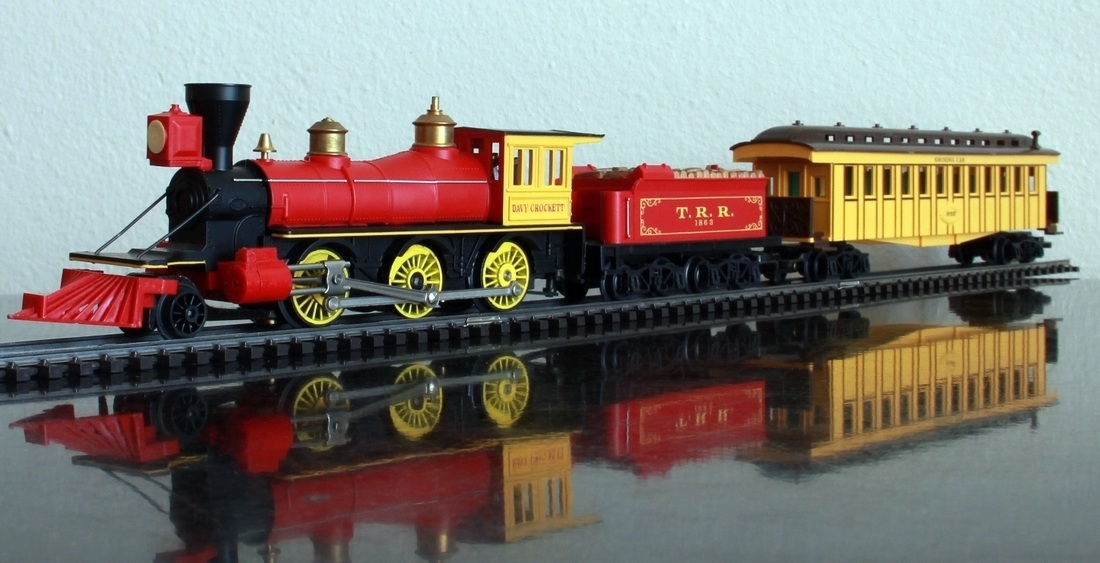 Whilst browsing the internet, I found these photographs of Ben Fosker's 'Lines Junction' layout on Flickr.  The layout, which features Tri-ang and Hornby Canadian models as well as some of the earlier Tri-ang Transcontinental Railways, was still under construction in these photos so I tinkered a little with the original pictures and I've included them below.  Nice photos Ben !