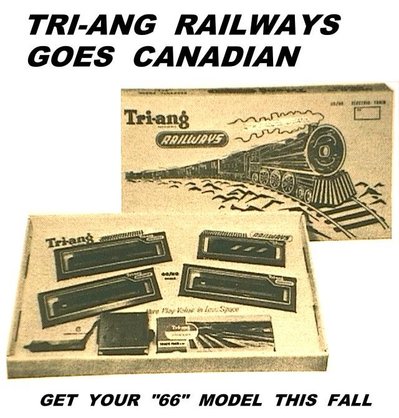 Advertisement from October 1965 issue of 'Toys & Playthings' (Photo: Peter Zimmermann)
This advertisement was recently discovered by a well respected Canadian collector whilst researching other aspects of company history at the Toronto Reference Library.
It is from a larger Lines Bros. (Canada) Ltd. advertisement which appeared in the October 1965 issue of 'Toys & Playthings', a Canadian toy trade journal, and which illustrated and/or listed numerous Lines Bros. company products.

What is interesting about the advert is that the set has rather hastily been thrown together in order for the photography to be carried out well in advance of the copy deadline for the publication.  The inner tray layout and content is that of the CTS.2 Set, the box lid is of the 1st Type printing but the slogan 'NOW MADE IN CANADA' has been crudely and not very effectively removed.

600 sets were planned for production: a figure which initially seems very low for such a prestigious new liveried set.  But, one also has to consider that a further 500 CPS 101 Presentation Sets, with identical locomotive and coaches but minus track and transformer (a modern day train pack), were also planned for production; making 1100 CN Diesel Passenger Sets in all. 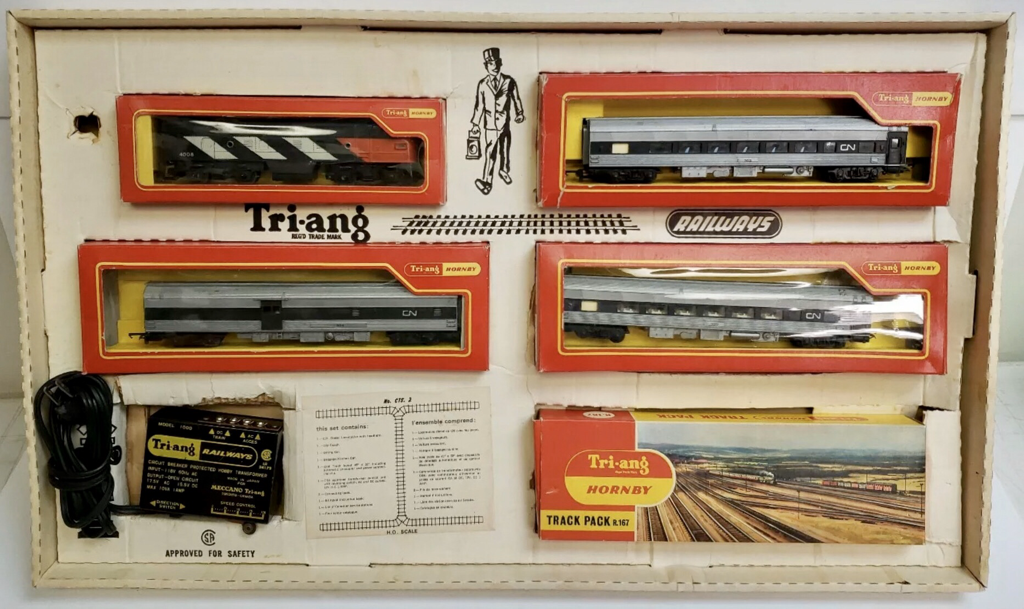 Set CTS.2 - 1966 style box contents - the black transformer is a later issue and incorrect for this set