Box lid inscription (bottom right) showing the Louis Marx Industries origins of these very late issue sets (photo: Jeff Gouin)
It is not known whether all of the above sets were actually issued.

The majority of the Canadian 1973 - 1974 Sets were released in this attractive new style Hornby Railways window box packaging but, surprisingly, not all !
In a recent discovery, an example of a 1973 Set was released in the 1972 Revised Style Set Box which was used for a very short interim period.
(see Set No. 7302 below)

The box and packaging

The first thing that is noticeable about the box lid is the 'HORNBY Railways' logo with 'THE CANADIAN LINE' immediately below it.  These are the only known sets to carry these inscriptions.

The box appears to be a ‘generic’ set box which was used for all of the issued sets with various different packing pieces as required.  There is no provision on the box lid for a set reference number, set name, contents description or price.  The set box is surprisingly large, measuring 25 inches wide x 19 inches high x 2 inches deep.

It is almost certain that the set box was shrink-wrapped therefore any price labels would have been lost when this was removed and discarded.

Also, there is no plastic pre-formed inner tray and the set contents are individually boxed; except for the transformer which has its own individual packing piece.

Clearly Set No. 7301 was intended as a 'Starter Set'; being a cheap introductory set to encourage youngsters into the model railways hobby.

Also included in this particular set were the 1973-74 Edition of the Canadian Catalogue and the 1973 Price List.

The Hornby Railways Operating Instructions included with the Diesel Switcher in the set is stamped 'R1553 220373' which, together with the price list, would tend to confirm the set to be of 1973 vintage. 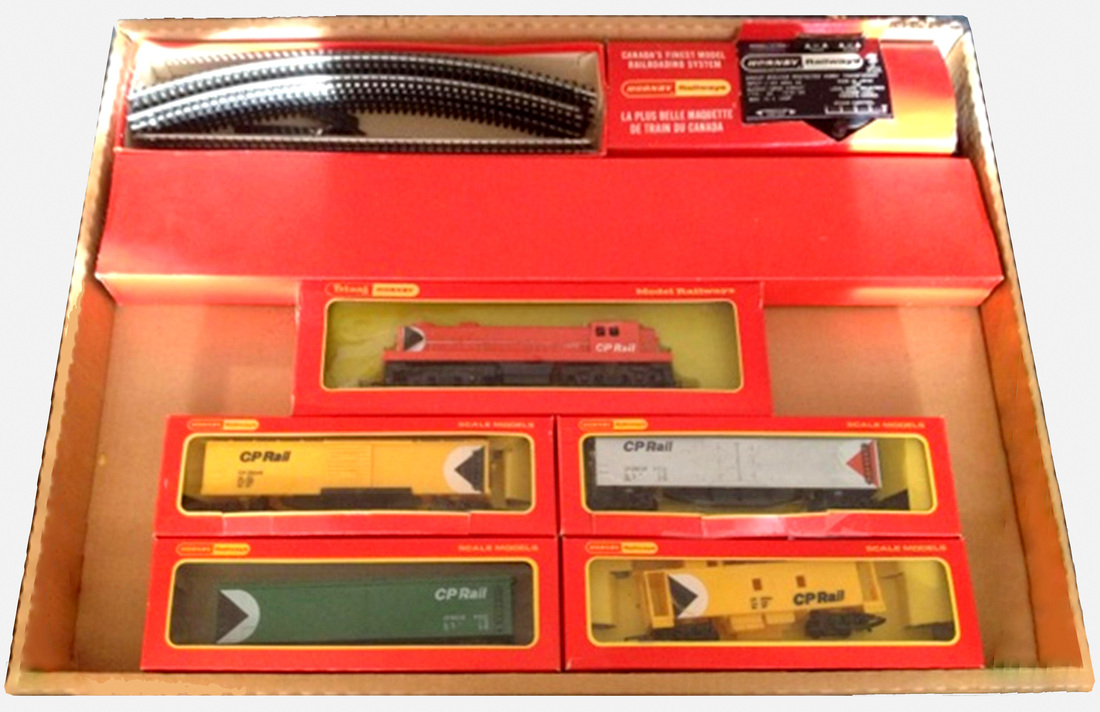 Set No. 7304 CP Rail Diesel Freight Set - with contents rearranged to illustrate how the set may have originally looked (photo: Jeff Gouin)
The pictured set contents are not complete.
Note the mix of Tri-ang Hornby and Hornby Railways boxes which appears to be correct. 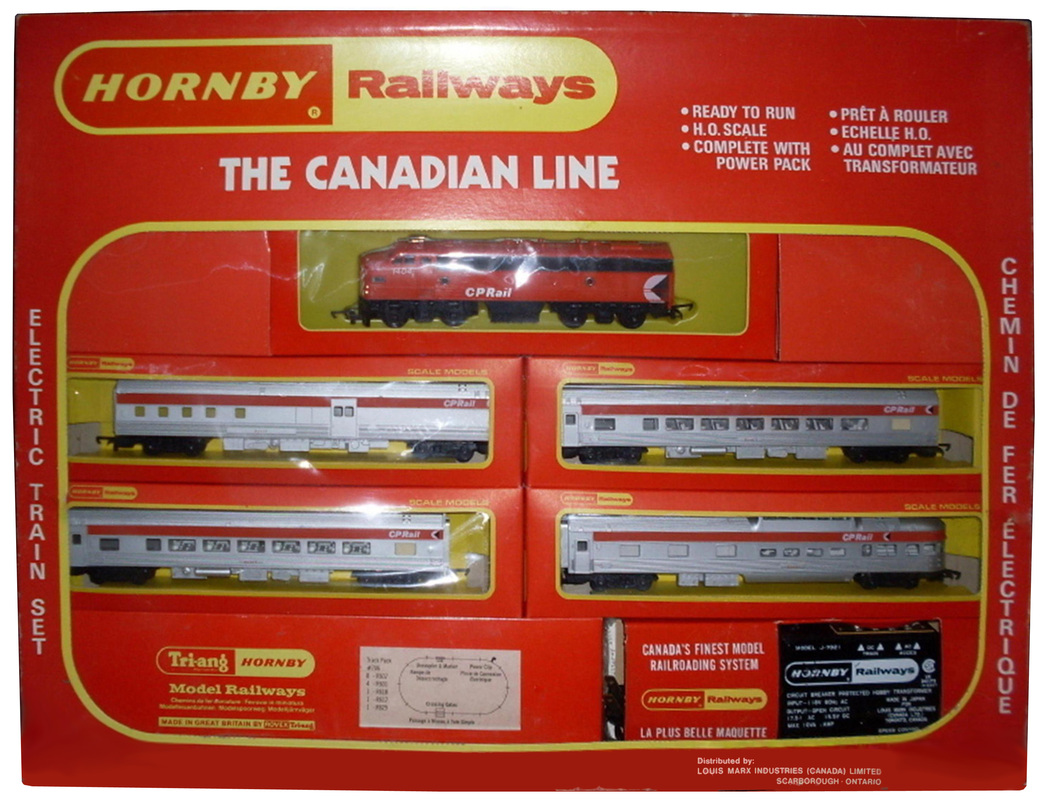 The illustration on the R.706 Track Pack box (bottom left) detailing the track pack contents and showing a diagram of the track layout included in the set.

Note: the passenger cars, in this particular set, are all the second-issue (Type 2) cars - correctly named 'Banff', rather than the incorrect spelling 'Danff'. 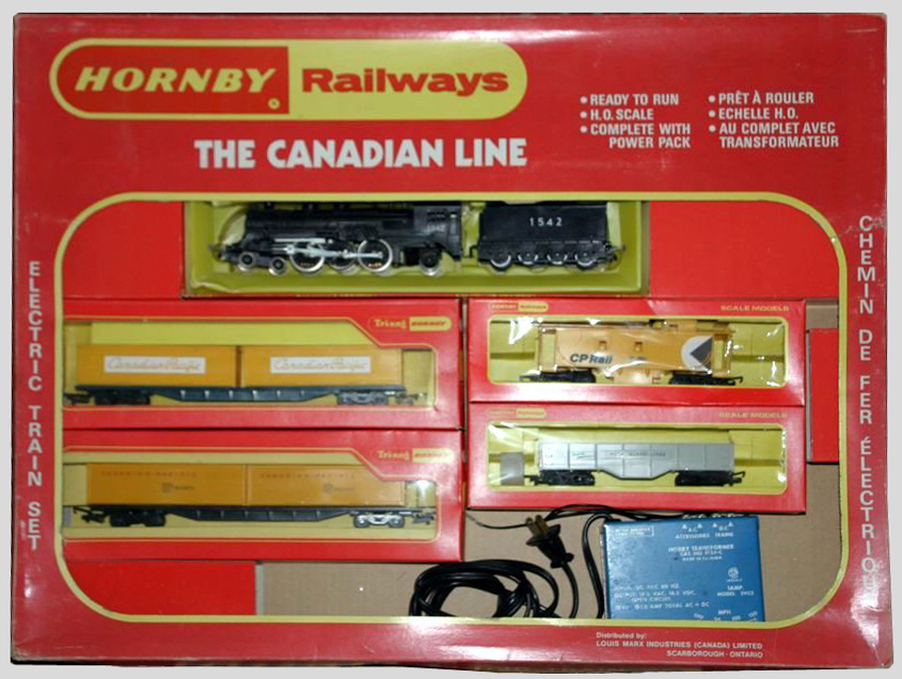 The Locomotive and Freight Cars as illustrated may well be correct for this particular set since, by the end of 1973, the Canadian factory was running short of stock of some individual models.  Other models would have been substituted into sets as required to fulfill orders from retailers.  See the proviso printed in the 1973-74 Edition of the Catalogue (illustrated above).
Note:  I am aware of the existence of one other set, in this style of packaging, which includes the Pacific Steam Locomotive.  It is hoped to illustrate this set at a later date.