Six train sets were featured in the catalogue but only three were new.
Sets 914, 918 and 919 were simply re-issues of their 1970 counterparts but with the newly introduced System 6 Track replacing the more substantial Super 4 Track.

The System 6 Track was very unpopular with existing Tri-ang Railways customers.  It is not unknown for new train sets to have had the Track Packs removed from the sets and replaced with the Super 4 Track equivalent by retailers
​Click on any picture on this page to view a larger image 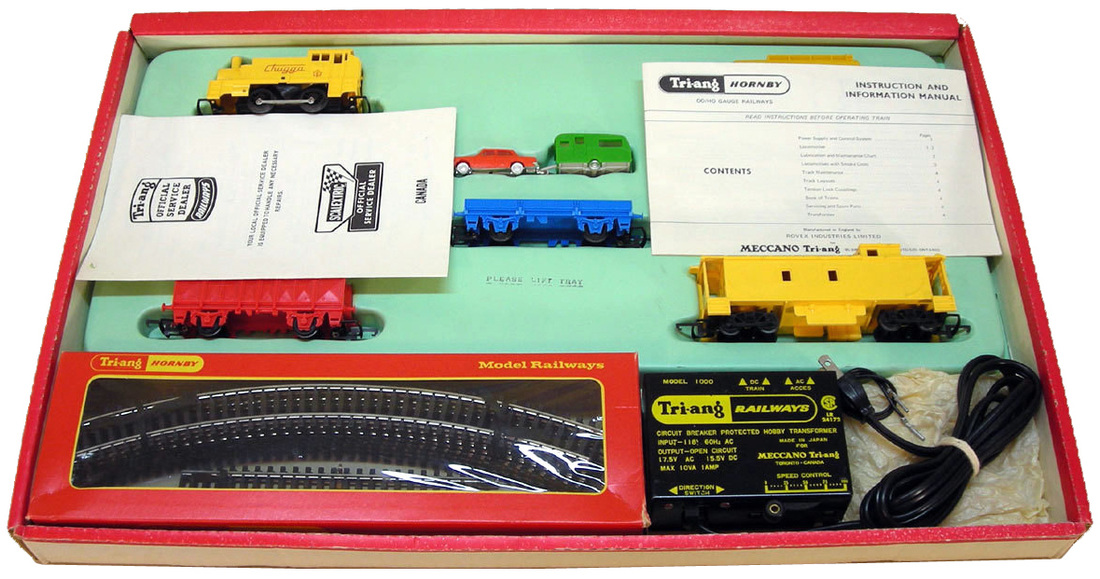 Set 926 as illustrated in the 1971 Canadian Catalogue
Another variation on the 1969 TS.901 (and the 1970 issue Set 913) Cross Canada Diesel Freight Set utilising the same pre-formed inner tray.

The above set contents are correct as supplied new for sets dating from 1971 but the Canadian Pacific Steam Locomotive and Tender does not match the set box label or catalogue illustration.
​
​It would appear, from company records, that stocks of the 'correct' R.0542S Pacific Steam Locomotive no.1542 with Smoke and Gresley Tender with Steam Sound were not sent out to Canada until 1972.