Illustrations from the 1959 Simpsons-Sears Christmas Catalogue page 32 (copyright photo: supplied by and used with the kind permission of Sears Canada Inc.)

The Transformer-Rectifier Unit was supplied separately to the set box.

The standard combined price for the set was originally $39.98 Canadian. However, the set is advertised in the Simpsons-Sears 1959 Christmas Catalogue at the significantly reduced price of $26.98 - almost one-third off the recommended retail price.

There may be several reasons for this very large price reduction. One reason may have been that Simpsons-Sears had a large surfeit of these particular sets and simply wanted to rapidly off-load them. However, the fact that this is a Standard Track set and it is being advertised for sale at Christmas 1959 (when Tri-ang were now issuing sets with the newer Series 3 Track) suggests an alternative theory - It seems more likely that Tri-ang, themselves, had a large surplus of RLX sets in their Canadian warehouse and offered a special deal to Simpsons-Sears with a very large discount in order to clear unwanted surplus stocks. In addition, at this date, the P.1C Transformer-Rectifier Unit had also been replaced by more modern power controllers: so that was further stock that needed to be cleared. 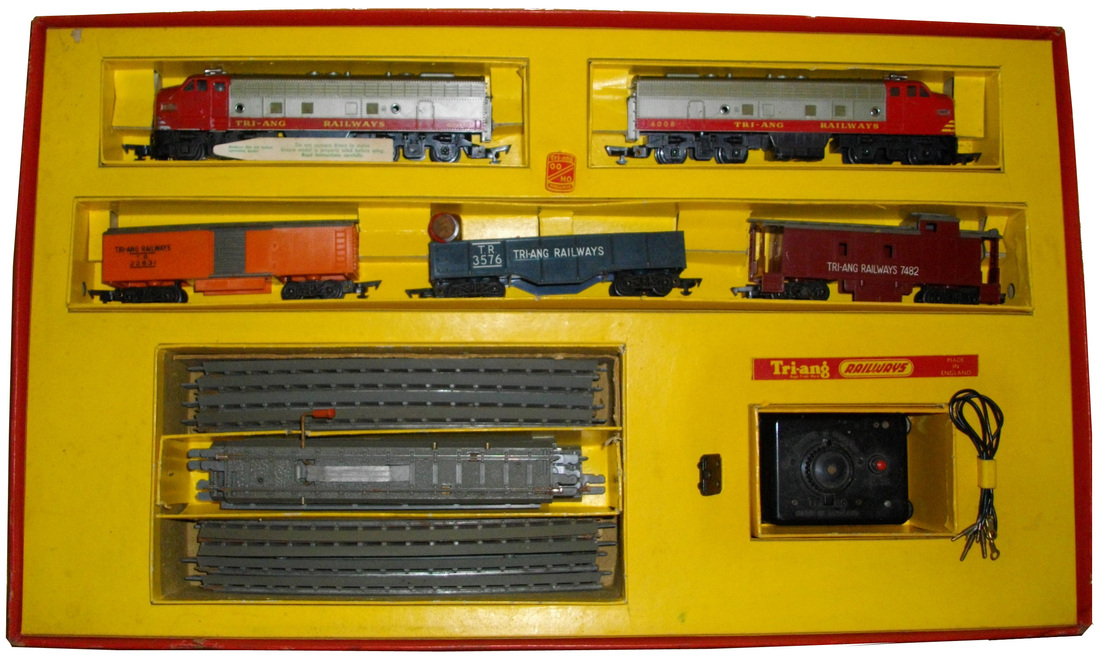 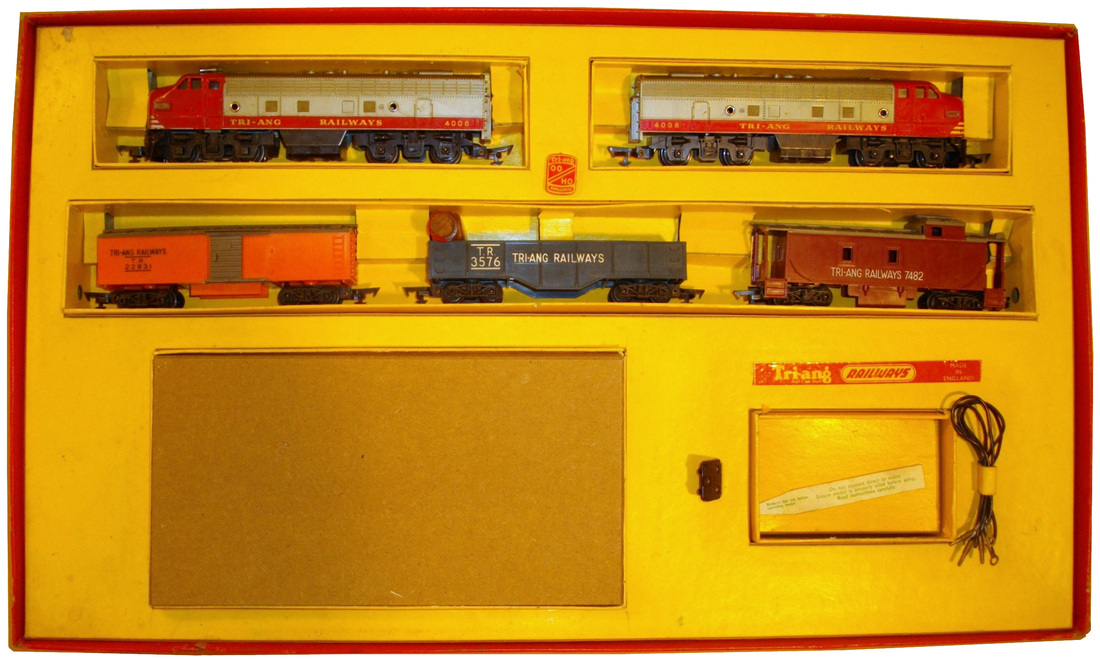