Sets made for department store chains and mail order companies.

Without the benefit of the Canadian factory records, it has been very difficult to sort and identify the special sets for 1969 through to the end of production in 1973.  Some information is incomplete, some sets are yet to be discovered but so much more ‘new’ information has come to light over recent years that has made it possible to now produce an almost complete listing.

Missing set numbers and / or box lids from sets and the ease with which set contents can be substituted has made identification and dating of some sets very difficult but the story-so-far is worthy of publication.

It is questionable whether all of the special sets were given names but for ease of reference these have been attributed (in green) to aid easier identification.
Click on the pictures on this page to view larger images

(photo: Terry Walker)
This is the only known set box which carries a dual set number on the box lid. 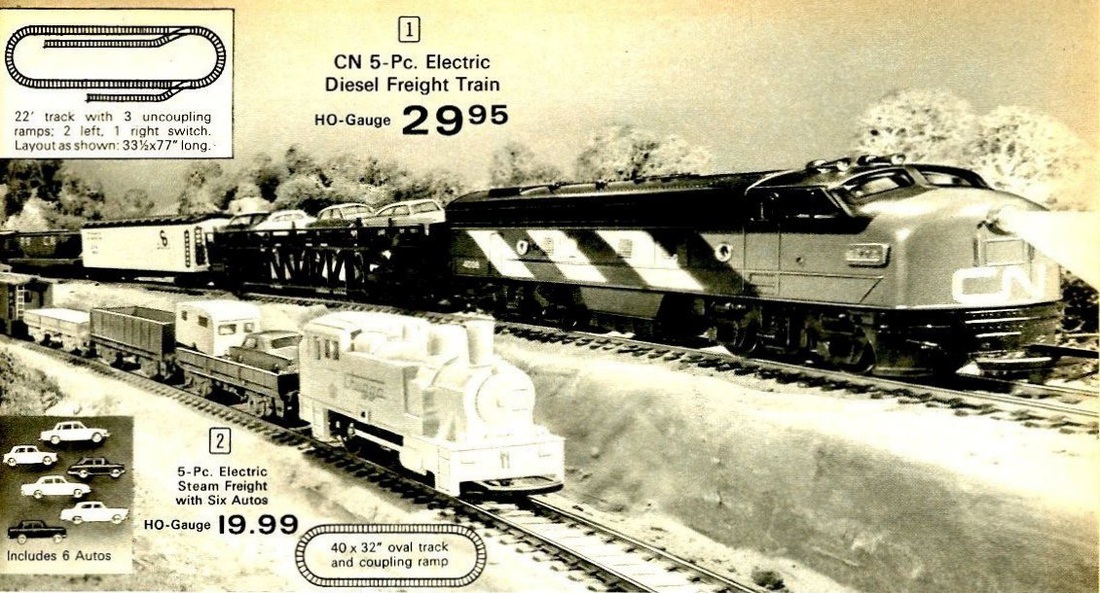 Illustration from the 1969 Simpsons-Sears Christmas Catalogue page 295 (copyright photo: supplied by and used with the kind permission of Sears Canada Inc.)
Illustrated in the 1969 Simpsons-Sears Christmas Catalogue, above, is the (top) Special Set No. 909 5-piece CN Diesel Freight Set and (below) a variation of the Standard Set No. 906 Steam Switcher Freight Set

The Set No. 910 reference number has not been able to be definitively attributed to this set at present since, currently, no surviving example of this set has been recorded and/or photographed.

The following Special Set was made in 1969 and the illustrated Eaton's set (below) seems most likely to be the actual Set No. 910. 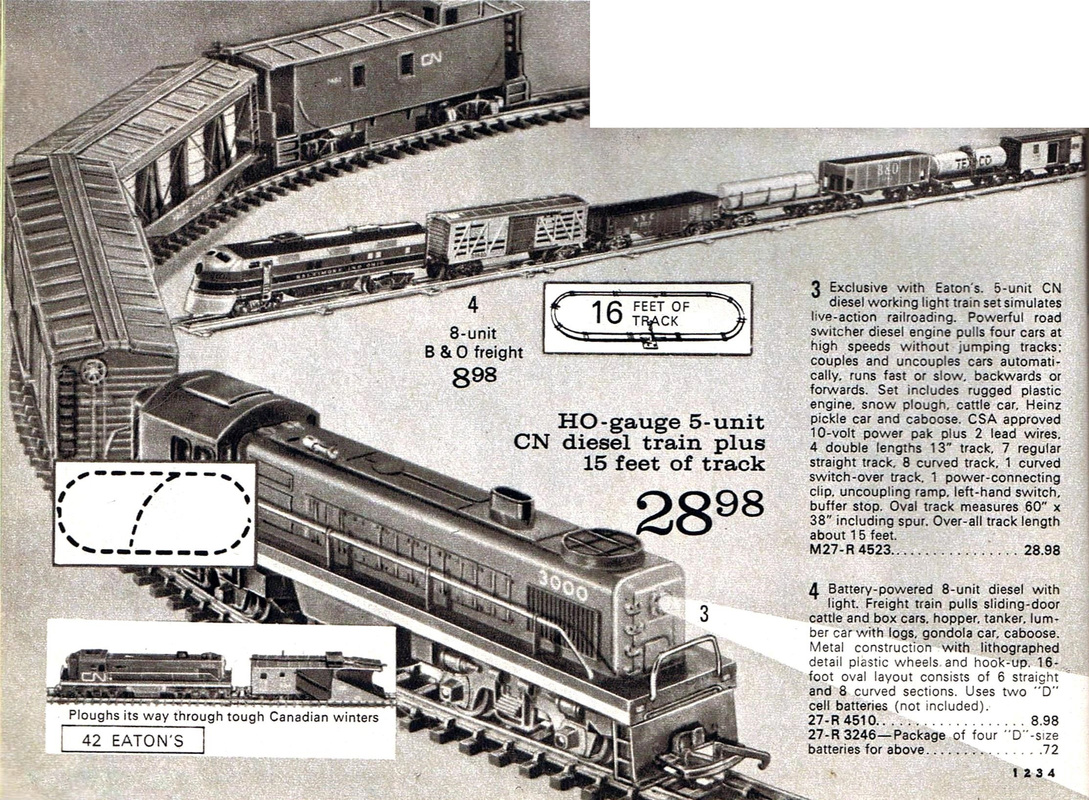 This illustration from the Eaton's 1969 Christmas Catalogue shows that the retail price was $28.98 Canadian.