As has been previously mentioned, the CTS.3 Set was repackaged sometime in either very late 1966 or 1967.  One assumes that, after the initial planned run of 1000 sets, there was sufficient demand for a further production run and the opportunity was taken to improve the quality of the set packaging.

These later repackaged sets had the 1966 style box lid and revised black printed inner tray together with the window box version of the R.167 Track Pack and the newer Model 2200 Transformer. 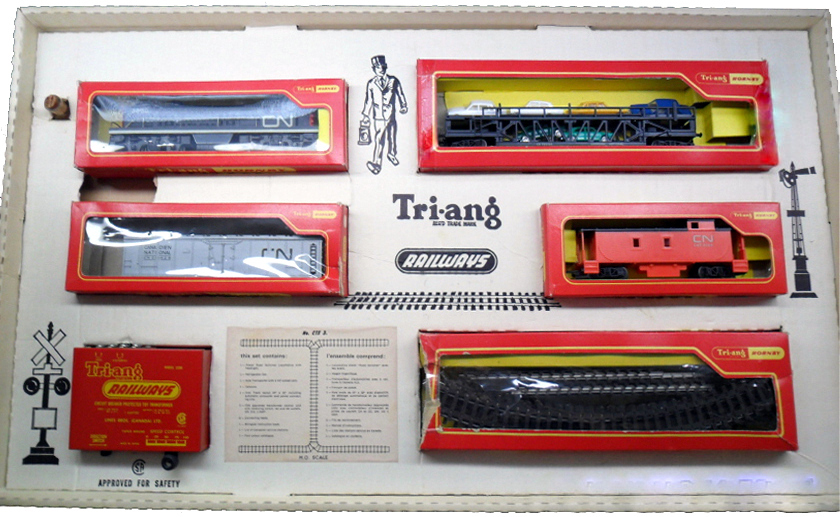 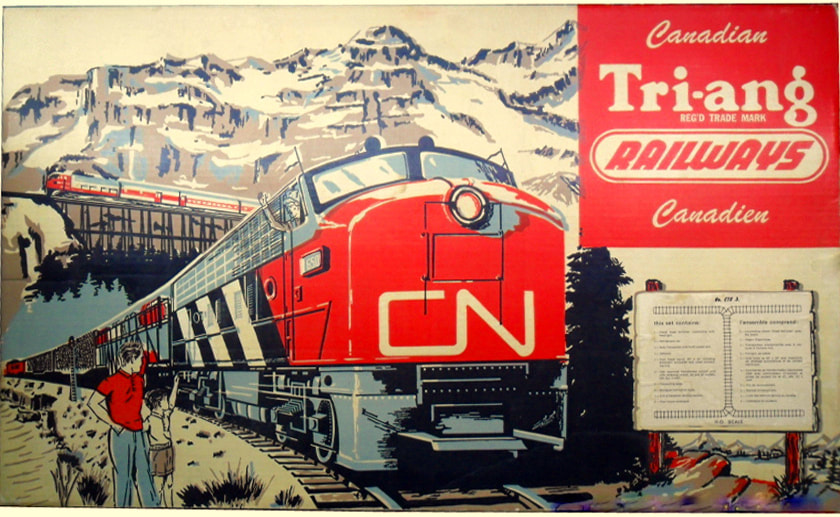 This was a Canadian version of the RS.38 Snow Rescue Train Set, originally available in the UK from 1963 to 1965 and undoubtedly some of these RS.38 sets made their way to Canada.

The Yard Switcher was the red Transcontinental version.

Currently, only one survivng example of the set box has been recorded.
It had been suggested that the CTS.4 Set might have been sold in pre-1965 packaging but this is extremely unlikely since the box interior would have had to have been remanufactured to accommodate the PA.102C Transformer and it would have been much more cost effective just to produce a separate die-cut inner for the standard Canadian set box.  Now we have the evidence that the set was sold in the 1965-style Canadian manufactured packaging.

RS.38 Snow Rescue Train Set made for the UK market 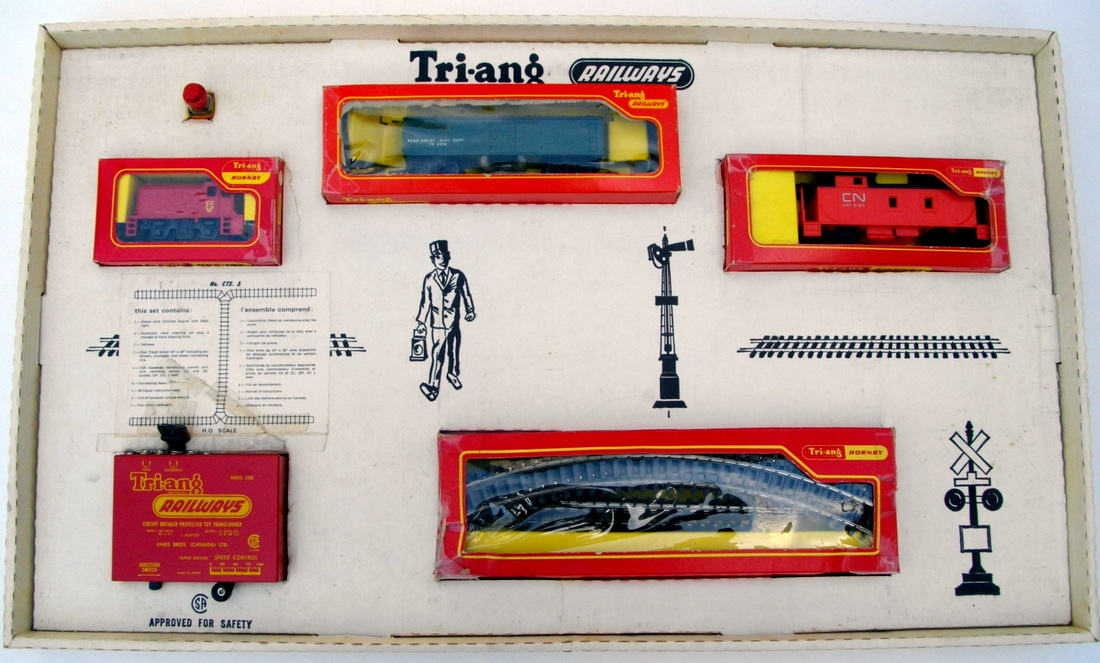 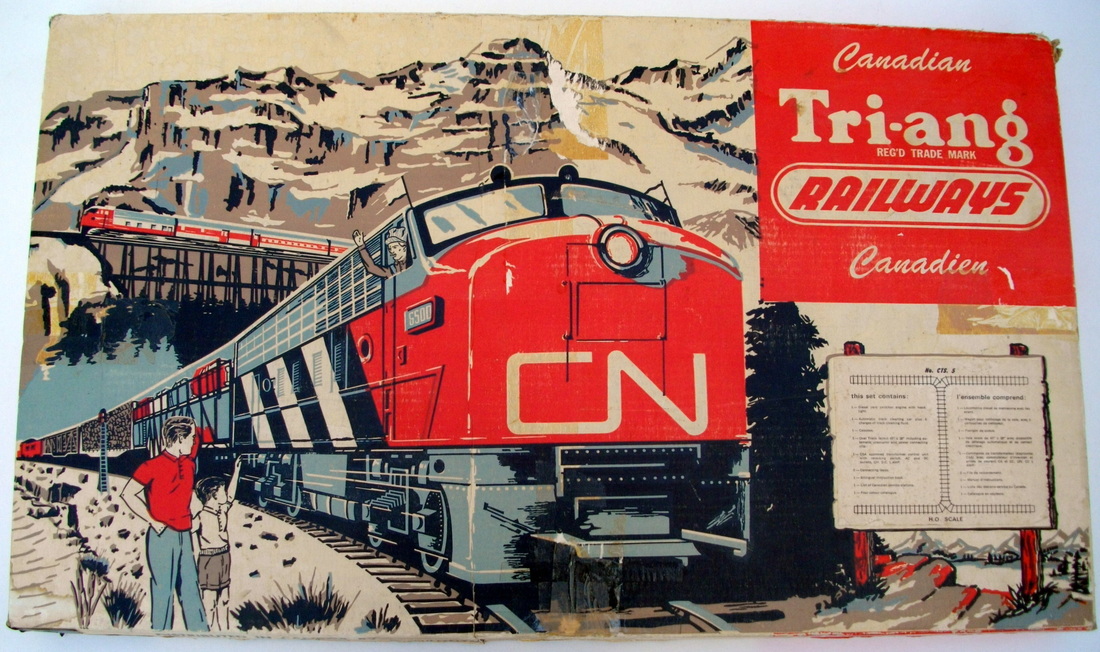 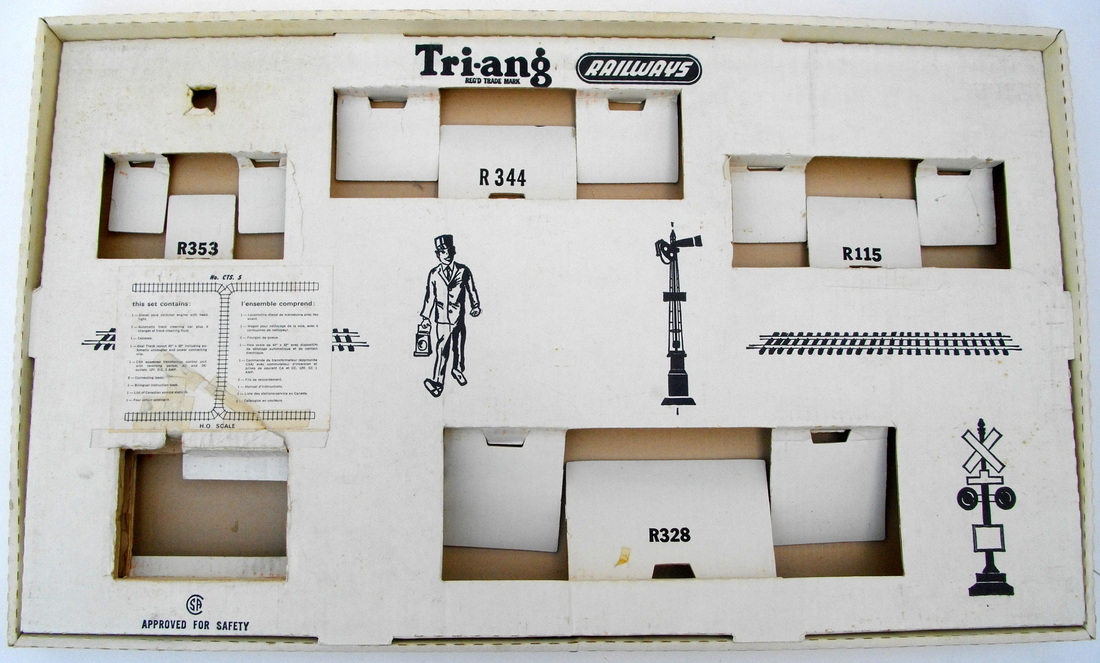 Set CTS.5 box inner tray (photo: Terry Walker)
Which raises the question, 'Were the Track Gang personnel more deserving of eating restaurant quality food in a Pullman Car or the train operator more deserving of some track to run his trains on?'  Answers, please, via the Contact Form on the Home Page!