The Canadian National UAC Turbo Train made an impressive model.  Tri-ang Hornby’s plans were quite far advanced before it was realised that the real-life locomotives were proving to be unsuccessful and, sadly, the  model was never actually introduced into the range.

The UAC Turbo Train operated in Canada between 1968 and 1984.  It was an early high-speed gas turbine train and was also one of the first tilting trains to enter service.

In 1966 Canadian National Railways ordered five 7-car Turbo Trains to operate daily services between Montreal and Toronto.  They planned to operate the trains in tandem, connecting two trains together into a larger 14-car arrangement with a total capacity of 644 passengers.  Travel time between the two cities was 3 hours 59 minutes for the day service and 4 hours 4 minutes for the evening services; almost a full hour faster than the previous ‘Rapido’ express service offered by CN.

The trains were articulated; sharing a single bogie between cars.

The Turbo Train's first demonstration run was in December 1968.  An hour into its debut run, the Turbo collided with a lorry/truck at a level crossing.  Despite the concerns that lightweight trains like the Turbo would be dangerous in collisions, the train remained upright and largely undamaged.  No one was killed and the train was returned from repairs within a week.  Although, this event has been cited as a main contributory factor in deterring Canada’s efforts in fully developing a modern passenger rail system.

Technical problems, including brake systems freezing in winter, required a suspension of service in early January 1969.

CN changed their plans, and in 1971 a rebuilding program began, converting the five 7-car sets to three 9-car sets and several minor modifications were made.

The remaining power and passenger cars were sold to Amtrak, in the US, as two 4-car sets.  One of those sets sideswiped a freight train on a test run in 1973 and burned before delivery.

CN operated the Turbo Trains until 1978, when their passenger operations were taken over by Via Rail who continued the service.  The Turbo Train's final run was on October 31, 1982.

Rebuilt CN UAC Turbo Train 151 nine-car unit photographed in 1975 (photo: Tim Vermande)
Rapido Trains Inc. of Ontario, Canada recently produced several models of the Turbo Train in HO scale including 3-car and 9-car versions in CN and VIA Rail liveries; very attractive and, at $499.95 and $719.75 respectively, definitely for the scale enthusiast.  There was also an additional 'Turbo TwoPack' in CN livery containing the 'TurboClub + TurboCafe' which was available to upgrade the 3-car version.  Regrettably, now all sold out and no longer available! 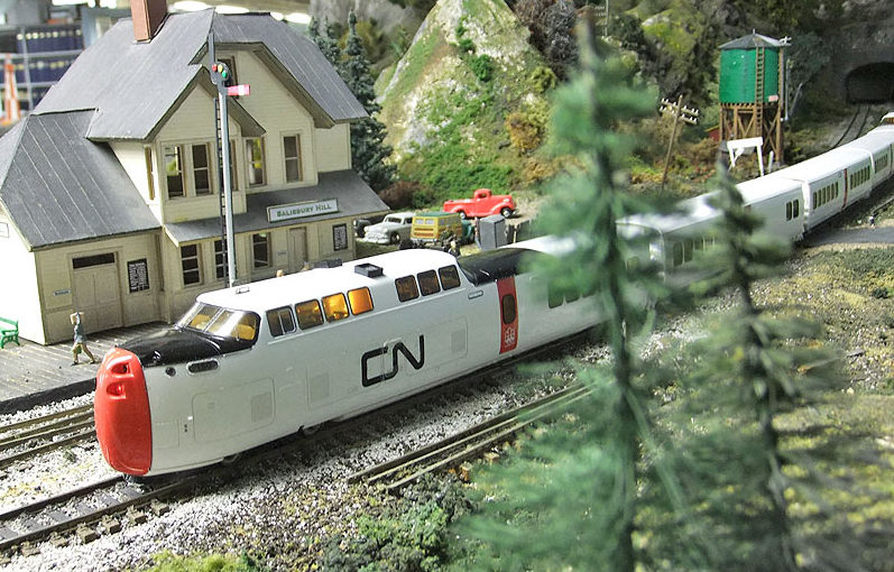 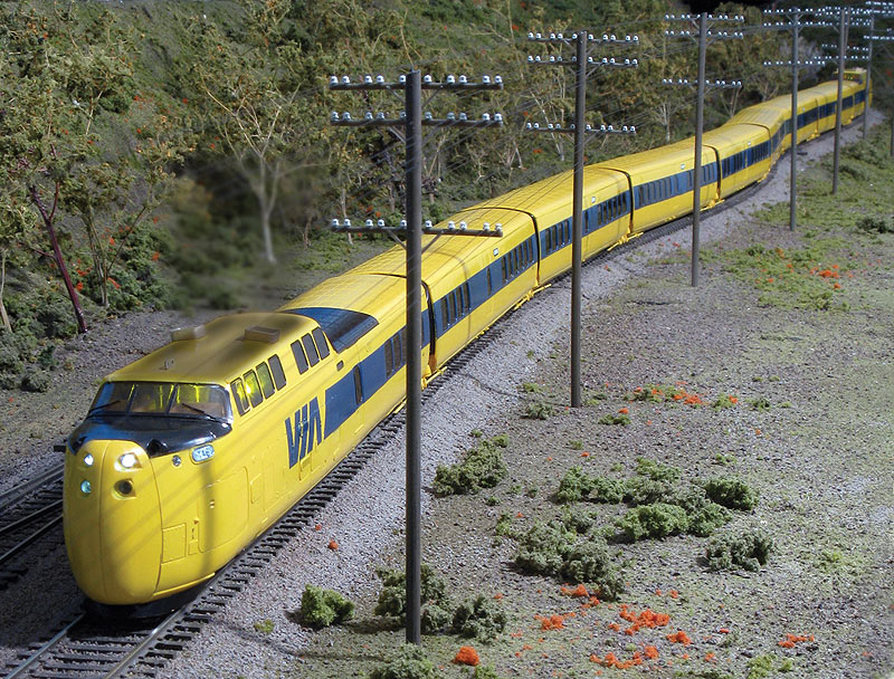 Rapido 9-car VIA Turbo Train (photo: Jason Shron)
The original article is now available in downloadable format. Please click on the link below.