In 1960 a new series of set numbering was introduced replacing the existing system.  These new Series 3 Track sets had an ’RS’ prefix.
From 1962 sets for the UK market would contain the new style Super 4 Track but it would be much later that year (August onwards) before these sets were advertised and generally became available for the Canadian market.
Please click on the pictures to view larger images 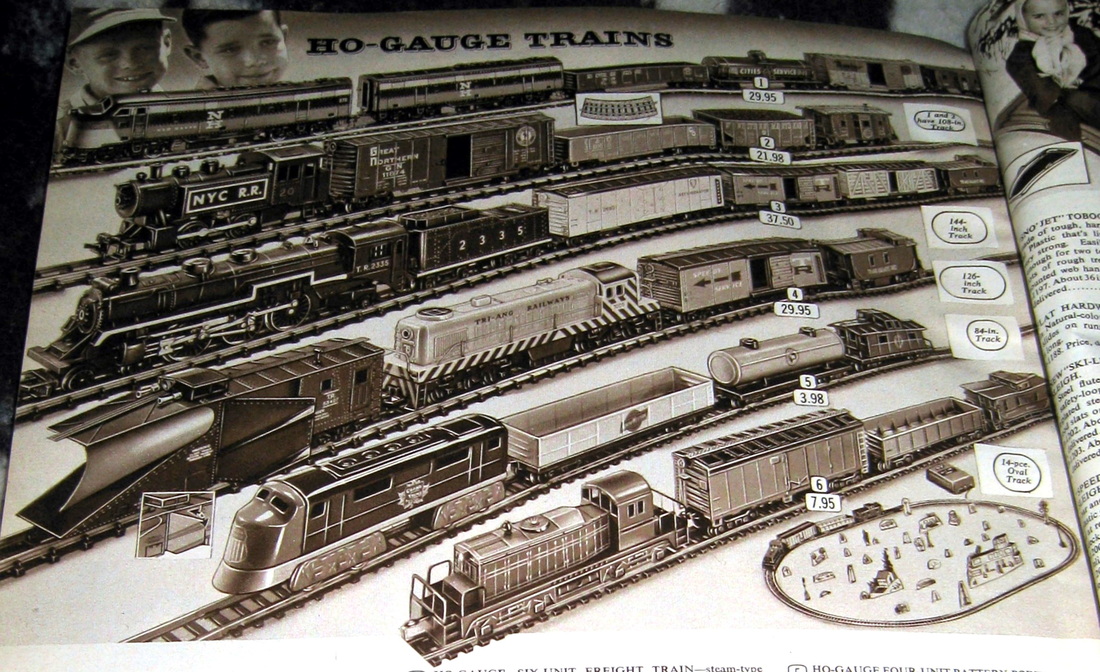 A very recent discovery has now helped clarify the date and the origin of Set RSC.2 (see below).

The Caboose in the illustrated set is the version with the small ‘TR’ shield which was not released until 1962.